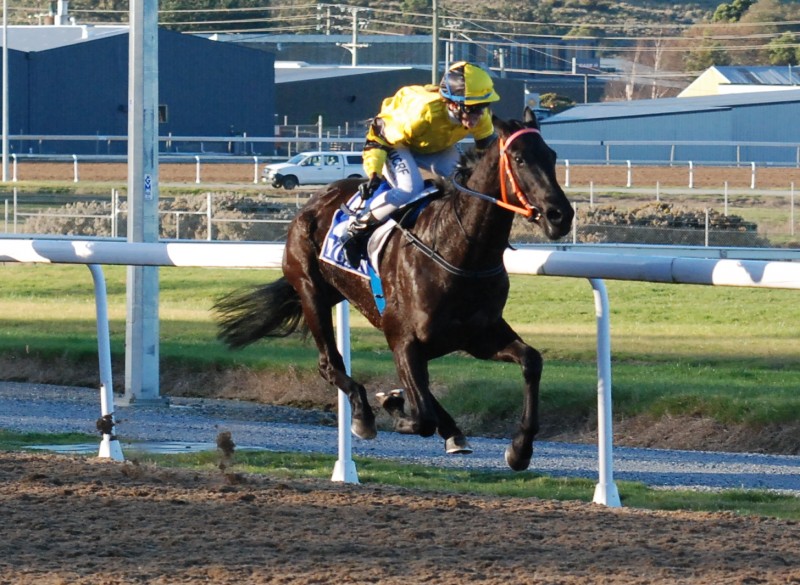 TASMANIAN Hall of Fame trainer George Blacker has an impeccable record as a trainer but over the years he also has earned a reputation as having a great eye for a horse at the sales.

The latest of his selections to shine is five-year-old Tennessee Drive (Mr Innocent-Invermay Girl) that he purchased for only $8000 at the 2011 Tasmanian Magic Millions Yearling Sale.

Tennessee Drive has had two starts for two very impressive wins, the latest coming in a strong class one over 1150 metres at Spreyton last Saturday.

Tennessee Drive is trained by George’s son Troy Blacker who prepares the gelded son of Mr Innocent for his parents George and Marlene.

It takes a very good horse to win a maiden and a class one in successive outings and the way this gelding toyed with his rivals at only his second start there is no doubt he has a very bright future.

Tennessee Drive has been ridden by apprentice Hayley McCarthy who also is aboard in most of the horse’s track work at Longford.

The gelding had multiple preparations before this latest campaign but he was given plenty of time to mature before he was taken to the races.

Troy is confident Tennessee Drive has the potential to win his way to open company.

Listen to what trainer Troy Blacker had to say about Tennessee Drive’s latest win.