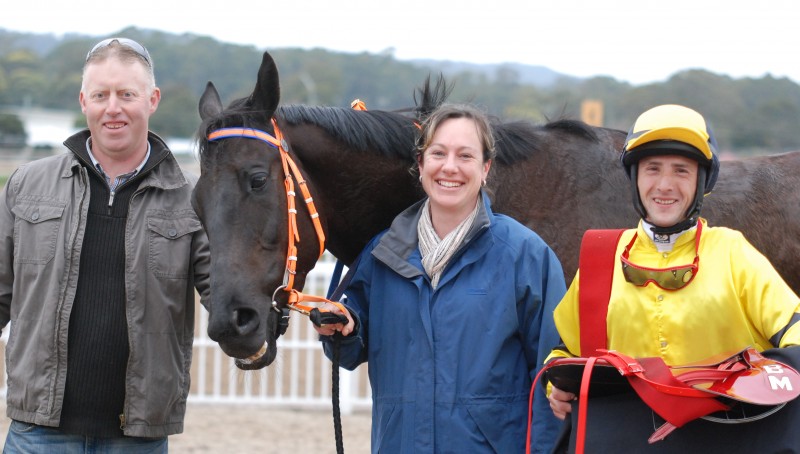 LIGHTLY raced five-year-old Tennessee Drive confirmed his status as one of the state’s most promising sprinters when he powered his way to an impressive win in a benchmark 72 handicap over 1000 metres on the Tapeta synthetic at Spreyton last Sunday.

Tennessee Drive scampered over the 1000 metres in a track record time of 58.37 seconds to eclipse Arenzano’s previous best of 58.51 that she set in June last year.

Tennessee Drive won his first two starts impressively but at his third attempt he almost fell when he clipped the heels of the horse in front of him but still ran on gamely to finish second to Bernaurd.

The gelding’s trainer Troy Blacker was quietly confident he would run a race against a small but hot field of sprinters that included Geegees Doublejay.

Geegees Doublejay went into the race on the back of a brilliant first-up win and the race also included last season’s 2YO Tasmanian Magic Millions winner Lustica that won first-up on the same program.

Also in the race were the speedy Jypsiere and Fashion Label.

Geegees Doublejay was sent out a long odds-on favourite while Lustica and Tennessee Drive both eased to start at remarkable prices given the favourite was dropping back in distance.

Jypsiere showed his normal early speed to lead with Geegees Doublejay’s rider David Pires content to let his charge slide up to sit outside of the leader to the home turn.

Last season’s premier apprentice Bulent Muhcu was happy to give Tennessee Drive a charmed run behind the leader to the home turn.

Muhcu drove Tennessee Drive along the rails to tackle Geegees Doublejay and when the talented young rider asked his charge to extend Blacker’s stable star quickly put two lengths on his rivals and went on to win by over three lengths from Geegees Doublejay with Lustica a close-up third and just in advance of fashion Label.

Listen to what trainer Troy Blacker had to say about Tennessee Drive’s latest win.