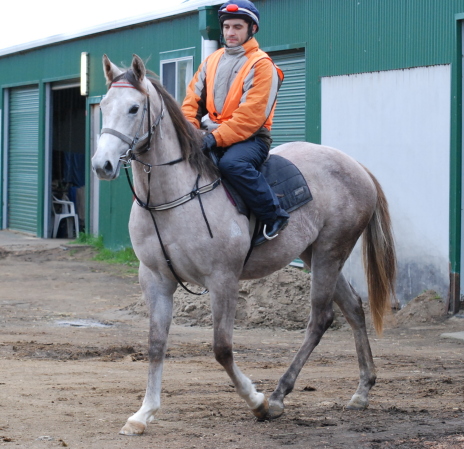 TASMANIA’S leading thoroughbred owners Paul and Libby Geard enjoyed a lot of success last season with horses they have bred from their own stallions but they continued to reinvest interstate this year.

They ventured to the Inglis Melbourne Premier yearling sale and emerged with two fine specimens for a total outlay of $140,000 with both assigned to Brighton trainer John Luttrell.

A grey filly by Teofilo (x Galileo) from the Bertolini (x Danzig) mare La Prairie was knocked down to the Geards for $45,000 and she has developed into a striking two-year-old.

The Geards also purchased Lot 30, a striking colt by O’Reilly from the Pins mare Lily Potter and was bred in New Zealand at the Waikato Stud at Matamata.

The colt is Lily Potter’s first foal. The dam is an unraced sister to Breezy and a three-quarter sister to Pin Up.

The Teofilo filly, bred in New Zealand at Esker Lodge Cambridge, looked good as she worked slowly three times around the Brighton track on Wednesday and jockey David Pires says she gives him the impression she will be an early two-year-old.

Listen to what trainer John Luttrell had to say about the Teofilo filly and how his stable star Geegees Blackflash is coming along.