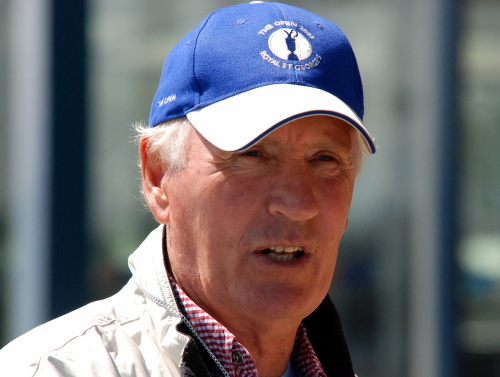 THE Charlie Goggin-trained Testasaurus ensured his place in next week’s $100,000 Devonport Cup with a narrow but emphatic win in the Sheffield Cup at Spreyton Park yesterday.

Testasaurus produced a powerful finish to get up in the last stride to defeat race favourite Veloce Cavallo that also is Devonport Cup bound.

The Sheffield Cup was one of three lead-up races offering ballot free entry into the Devonport Cup and victory for Testasaurus was virtually his only way into the race to be run over 1800 metres on January 5.

Testasaurus was only a class six horse going into the Sheffield Cup and needed to win to make sure he gained a start next week.

The gelding signalled he would be ready for the Sheffield Cup assignment with an eye-catching run in the weight-for-age Kevin Sharkie Stakes in Hobart over 1600 metres a week earlier.

Goggin confirmed Testasaurus would take his place in the Devonport Cup and a delighted stable foreman Michael Voss also was ecstatic after the win.

“That was a good win and now we don’t have to worry about being balloted out of the Cup (Devonport),”Voss said.

Shuji Amano partnered Testasaurus yesterday and Voss confirmed the former Japanese rider will be offered the mount in the Devonport Cup.

Goggin last won the Devonport Cup 19 years ago with the Cup race record holder Russian Rogue that went on to win the Hobart Cup three weeks later when that race was run on Australia Day.

“The Launceston Cup is her main mission but the Devonport Cup has been also on the radar for some time,” Mollross said.