The Cleaner could steal the limelight on Betfair Launceston Cup day 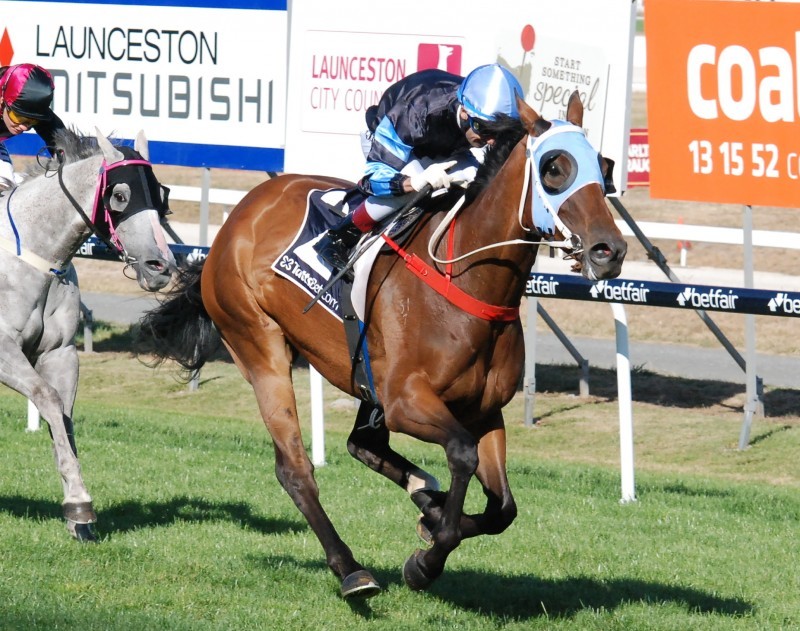 A SERIOUS trackwork gallop on his home track at Longford has trainer Mick Burles convinced that The Cleaner can keep his first-up win record over 1600 metres intact when he takes on a gun field in next week’s $100,000 George Adams Plate at Mowbray.

The cleaner has not been beaten from four first-up attempts over 1600 metres and Burles won’t have him being beaten.

“After his track gallop earlier this week I am sure he will go into next Wednesday’s race in good enough order to win,” Burles said.

“I have a lot of respect for the opposition including Hellova Street and the three-year-old Admiral and I see that mare from Melbourne (Vibrant Rouge) that won the Vamos is going to have a crack but I’m still confident my horse will win,” he said.

Rarely does an under-card race take the spotlight away from the Betfair Launceston Cup. But the intensity of the hype surrounding The Cleaner and plans to head to the Group 1 Australian Cup means that a victory in the George Adams could lead to him owning the back pages of all three Tasmanian newspapers the day after the Cup.

“Ever since the horse did what he did last spring in Melbourne I’ve been answering calls nearly every other day from the media about the horse and what we have planned for him,” Burles said.

“I don’t mind because I just see it as good for racing and good for Tasmania.”

“After I nominated the horse for two races in Sydney (Doncaster and Queen Elizabeth Stakes) the phone rang hot.”

Burles says the plan has always been to run in the George Adams and then go to Melbourne for the Australian Cup and then return to Tasmania.

“Next season I want to have a real crack at the Cox Plate and we’ve already got a program mapped out but it all depends on how the horse does after his next two runs.”

“I have no doubts he will be fine but in this game it never pays to get too far ahead of yourself,” he said.

The Cleaner and Geegees Blackflash are two of the highest profiled horses in Australia which says a lot about The Flash because he has never raced outside of the state.

They both have cult followings and should The Cleaner be beaten in the George Adams and Geegees Blackflash wins the Betfair Launceston Cup it could be a toss-up as to which horse is crowned Tasmanian Horse of the Year.

Although The Cleaner’s record interstate this season comprising two Group (2 & 3) wins and a third in the Group 1 Emirates a Group 3 as well as two weight-for-age wins in Tasmania should get him across the line.