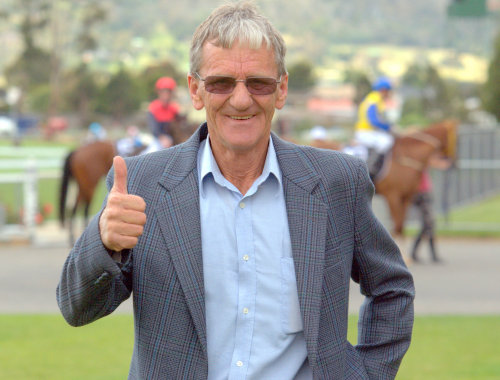 PROMISING stayer The Cleaner is no certainty to progress to the AAMI Hobart Cup despite winning the Brighton Cup at Tattersall’s Park today.

The winner of the Brighton Cup earned ballot-free entry into the Hobart Cup but The Cleaner’s trainer Mick Burles said the gelding has a way to go before he will line up in the Tasmanian Racing Club’s premier staying event that carries prize money of $225,000.

The Cleaner was having his second run back from a two-month break but made light of the task as he showed his rivals a clean pair of heels from start to finish.

With top jockey Stephen Maskiell aboard The Cleaner set a solid pace and he was rated superbly by Maskiell who is a genius on a front-runner.

The Cleaner has come a long way in a short time with this his fifth win from only 12 starts.

Burles believes the gelded son of Savoire Vivre-Dash Of Scotch is a year away from being a star stayer.

Listen to what trainer Mick Burles had to say after The Cleaner won the Brighton Cup – click here .