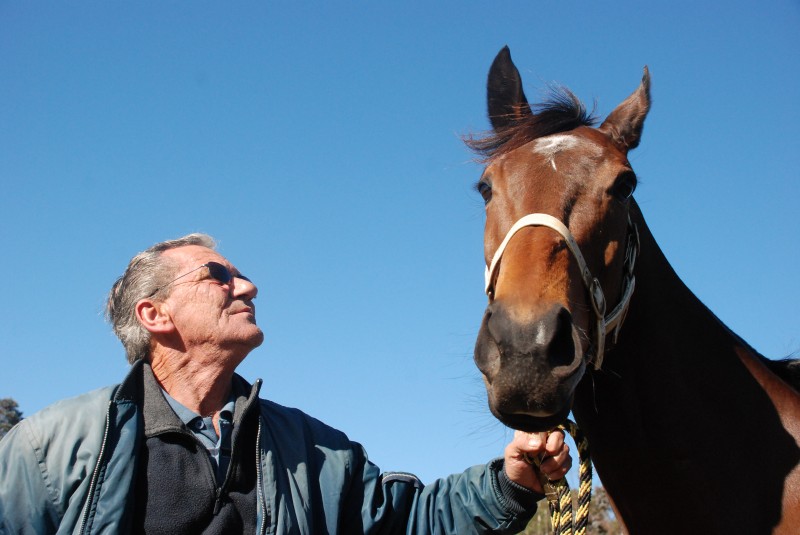 STAR Tasmanian galloper The Cleaner could head to the Group 1 Emirates Stakes over 1600m at Flemington on the last day of the VRC Spring Carnival after missing a place in the $3 million W.S. Cox Plate at Moonee Valley today.

The Cleaner captured the imagination of the entire country with his bold front-running catch-me-if-you-can style of racing that won his three races leading up to the Cox Plate.

But today it took jockey Steven Arnold at least 700 metres to eventually find the lead owing to hi being pressured by light-weight three-year-olds that many pundits believed didn’t deserve their place in the weight-for-age championship of Australasia.

“My horse did a wonderful job today given the circumstances but he has come through the race in top order and he ate everything in his feed bin after the race so that’s a very good sign,” said trainer Mick Burles.

“I’ll see how he is when he gets home on Monday morning but if he is as good as I expect him to be then we will more than likely head back to Melbourne for the Emirates Stales in a fortnight,” he said.

The Cleaner finished ninth behind Irish import Adelaide but was only 3.5 lengths from the winner in a race that was run in just under a send off race record time.

Burles and the owners returned home tonight but The Cleaner won’t be back in the state until Monday morning as the race was run so late he was unable to make it to the Spirit of Tasmania in time to make the Bass Strait crossing tonight (Saturday).