The Cleaner nominated for Cox Plate 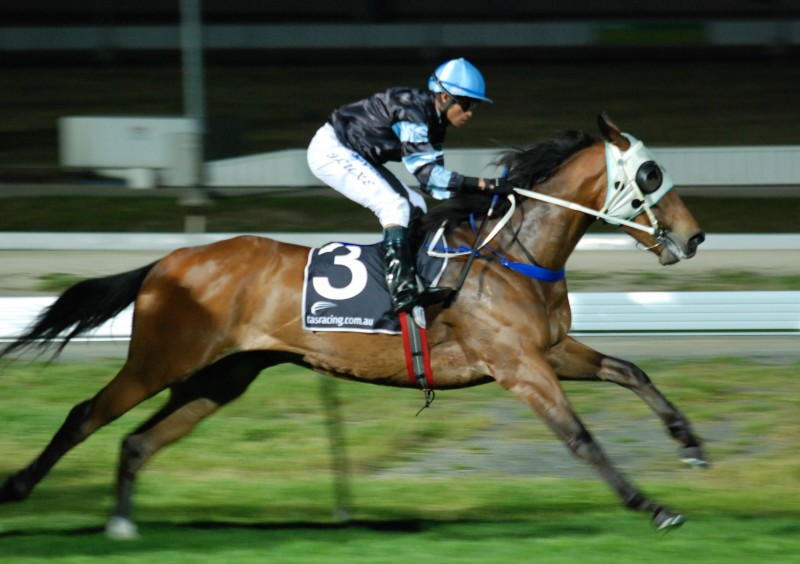 THE win by star Tasmanian stayer The Cleaner in an open handicap over 1600 metres at Moonee Valley last Saturday has convinced his trainer Mick Burles to nominate the gelding for the $3.5 million W. S Cox Plate.

Burles yesterday lodged the nomination for Australasia’s most prestigious Group 1 weight-for age race to be run over 2040 metres at Moonee Valley on October 25.

“I had to nominate him for the Cox Plate because I know that this is going to be his best season and if you don’t nominate for the good races you have no hope of getting in,” Burles said.

The seven-year-old gelding has earned a reputation as a bold front-runner but in this latest assignment he was attacked for the lead a long way out but still dispensed with his rivals to draw clear over the concluding stages to win by more than a length.

One of Australia’s best race callers Greg Miles, who called last Saturday’s race, described The Cleaner as “an amazing horse”.

“I think this was The Cleaner’s bravest performance because he was attacked so far from home and carrying such a big weight (60.5 kg) we really saw what he was made of by drawing clear over the final bit to win decisively,” Miles said.

“We probably have to go back to Might And Power to find the last real good front-running star we’ve seen race in Australia and probably Vo Rogue before him and that’s why The Cleaner is starting to get a cult following.”

“People just love a horse that leads and is then able to dig deep and deliver whatever it takes to win.”

“Mick (Burles) said he intended nominating for the Cox Plate and I know that if he was my horse I’d definitely be doing the same,” he said.

The Cleaner was bred in Tasmania by Armidale Stud being by Savoire Vivre from the Blessington mare Dash of Scotch and was purchased by Burles for only $10,000 at the 2009 Tasmanian Magic Millions Yearling sale.

Burles has set his sights on the weight-for-age Group 2 Dato Tan Chin Nam Stakes over 1600 metres at Moonee Valley on Saturday week as The Cleaner’s next mission with victory in the race assuring the winner automatic entry into the Cox Plate.

“We’ll go to the Dato Tan in a fortnight as that sits perfectly into his program but win or lose he will then go to the JRA Cup under lights at the Valley on September 28 and that’s over the Cox Plate distance (2040m).”

“I am very confident that this will be the horse’s best season so far because he is way more mature and is stronger than he’s ever been.”

“There’s no doubt this horse is a Moonee Valley specialist because he’s won three and been placed second twice there from five starts,” Burles said.

The Cleaner’s interstate travel routine calls for an overnight trip aboard the Spirit of Tasmania two days prior to him racing and he returns to Tasmania the night he races.

“The trip over by boat last Thursday night was probably the worst Bass Strait crossing I have ever encountered but he ate every oat in his feed bin during the trip and walked off the boat with a spring in his step,” he said.

“Nothing fazes this horse he is as tough as old boots and that’s why people just love him.

“When it looked like he was gone on the home turn on Saturday but fought back the crowd seem to go wild and he was cheered all the way back to the unsaddling enclosure.”

“It was a great moment and I was so proud to be a Tasmanian,” he said.