The Cleaner ready for his Australian Cup assault 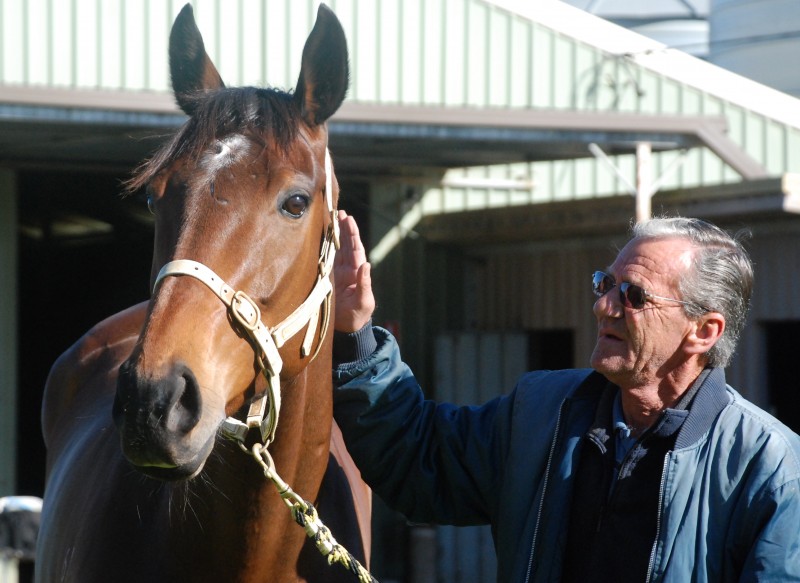 STAR Tasmanian galloper The Cleaner embarks on a hit and run mission to Melbourne tonight to take his place in the $1 million Group 1 Australian Cup over 2000 metres at Flemington.

His trainer Mick Burles is upbeat about his stable star’s chances of emerging triumphant in one of the most prestigious middle stances races on the national calendar.

The Cleaner resumed from a spell with a gallant second to outstanding three-year-old Admiral in the $100,000 weight-for-age George Adams Plate in Launceston two weeks ago.

But despite the loss, Burles says The Cleaner has “improved out of sight” and will make a bold bid to notch his first Group 1 victory on Saturday.

“I could not be happier with the horse because he has improved so much since his first-up run in Launceston and his trackwork and two fast grass gallops have been exceptional,” Burles said.

“He is going into a very tough race because there are 15 others with good form and he is going to be the one doing all the work up front.”

“I can’t get him any better for this race so it’s now up to the horse and his rider Steve Arnold – I’ve done my job,” he said.

Depending on the outcome on Saturday Burles will make a decision on whether to give the horse a spell immediately or take him to Sydney for the Group 1 Queen Elizabeth Stakes (2000m) next month.

“We had been contemplating having a crack at the Mornington Cup (2400m) but if he does go on beyond Saturday’s race it would more than likely be the Queen Elizabeth Stakes at Randwick,” he said.