The Cleaner rocks the Valley 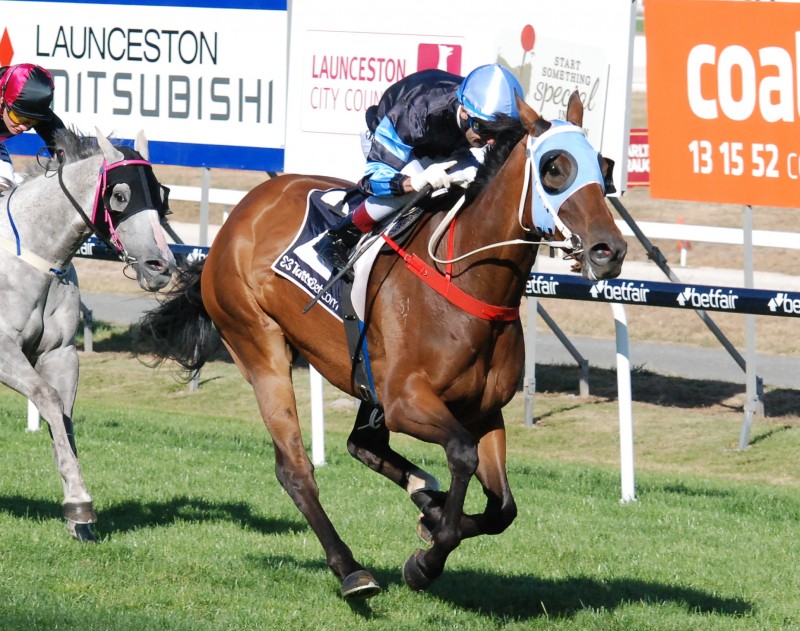 Taking up his usual bold front-running role and rated perfectly in front by Steven Arnold, the Mick Burles trained seven-year-old had plenty of momentum heading to the turn and just kept going to win by a  margin of three quarters of a length from 2011 Tasmanian Derby winner Mourinho with Foreteller another half length away in third placing.

A favourite with the punters and with racing fans, The Cleaner (Savoire Vivre) was a popular winner “He’s a bloody champion, isn’t he!” enthused the Longford-based Burles.

The victory earned him an assured place in the Cox Plate $3 million Cox Plate on 25th October 2014.

“Just to have a runner, let alone try and win the Cox Plate. It’s not beyond him. He’s got lots of guts and he’ll show you how good he is over 2000 metres in three weeks time (in the JRA Cup),” added the trainer.

Jockey Steven Arnold is pleased to be a part of The Cleaner story. “He really captures the imagination of the racing people with his racing”

The Cleaner returned to his Longford stables on Sunday morning and will start preparing for another trip across Bass Strait at the first Moonee Valley night meeting on September 26th in the Tatts JRA Cup (2040m).

A half brother to Tasmanian stakes winners Private Nip and Strait Dash, The Cleaner is one of seven winners from top Tasmanian producer Dash of Scotch  (by Blessington) who died in 2009.

Private Nip has a colt by Savoire Vivre entered in the 2015 Tasmanian Magic Millions Yearling sale which makes him a ¾ brother to The Cleaner.

The Cleaner is now the best performed stakes winner for the ill-fated son of Sadlers Wells, Savoire Vivre (GB), who proved to be a highly successful sire for Armidale Stud, before his premature death in 2012.