The Cleaner set to sparkle at the Valley 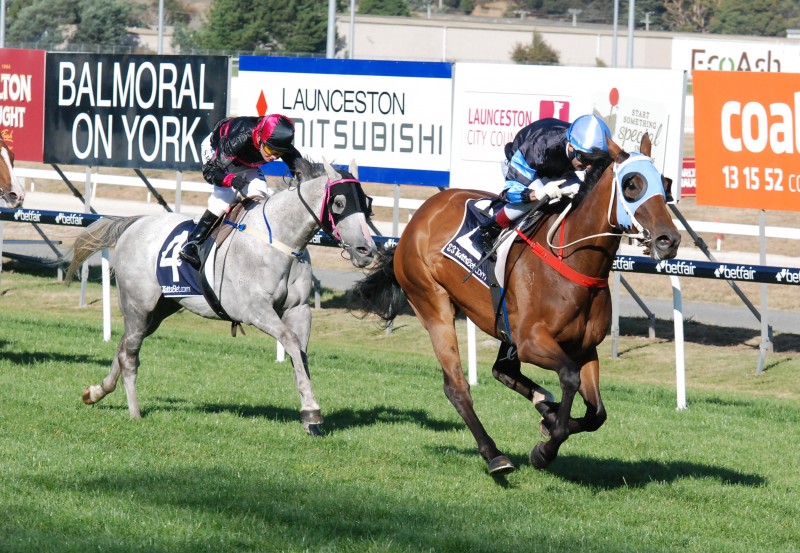 The popularity of Tassie galloper The Cleaner continues to gain momentum with both Channel 7 and TVN both in the state during the week. Today the Herald Sun has a full page story on the gelding and he is emerging as one of the feel good stories of the spring and earning the tag of “the peoples champ”

Tonight he returns back to one of his favorite tracks Moonee Valley in the JRA Cup, run over the Cox Plate  distance and according to trainer Mick Burles this will be his final lead-up to the weight-for-age championship.

With three wins at Moonee Valley from his past four starts tonight he will face tough competition from Mourinho, Big Memory, Signoff and Mr O’Ceirin,

The Cleaner has drawn barrier 10 in the field of 13 but his trainer is unconcerned, noting the horse has won from wide gates in Melbourne before.

“He has won from barrier 12, 14 and most other barriers so 10 wont matter to him” said Burles

Also in his favor is that he has won seven races in Tasmania over 2100m so the distance poses no issues for the tough gelding.

The Cleaner will be ridden for the second time by leading Victorian rider Steven Arnold and will carry top weight of 59kg.

The JRA Cup is race 6 and is scheduled to jump at 9.15pm tonight.