The Cleaner settling in after tedious trip to Perth 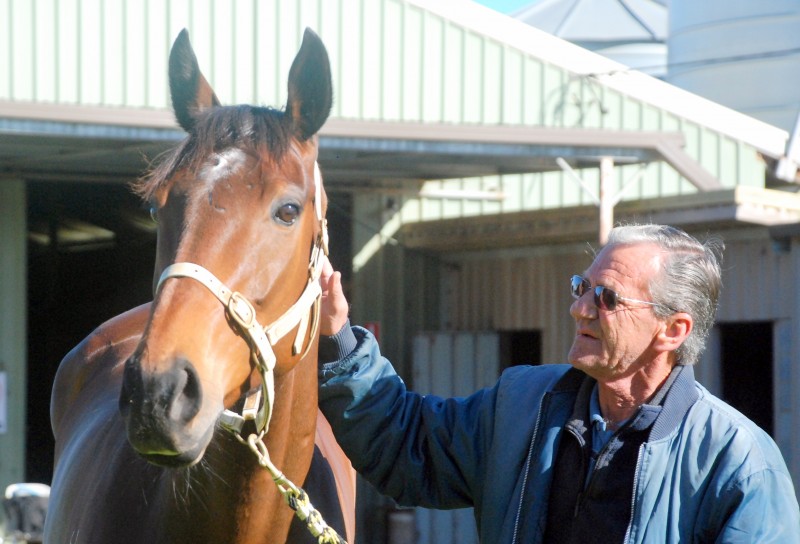 STAR Tasmanian galloper The Cleaner has arrived in Perth WA in good order despite having to endure a tedious and lengthy trip by air.

The gelding’s trainer Mick Burles said delays at both airports left his stable star agitated and dehydrated but once settled into his stables at Ascot last Friday afternoon he quickly recovered.

The Cleaner, fresh from his courageous third in the Group 1 Emirates Stakes at Flemington last Saturday week, will line up in the $1 million Group 1 Railway Stakes over 1600 metres at Ascot on Saturday.

“The trip started poorly with us having to spend 1-1/2 hours in the truck sitting on the tarmac in Melbourne and then when he was loaded we were about the same time waiting in the plane before we took off,” Burles said.

“We were ages waiting to get off the plane in Perth and by the time we got to Fred Kersley’s stables at Ascot (Perth) we were both exhausted,” Burles said.

“But just to show how tough the horse is, he was looking for a feed bin as soon as we lobbed at the stables and he has licked the bin dry at every feed since he arrived here,” he said.

“The horse has eight days to acclimatize and recover from the trip so I am not concerned at all about how long it took us to get here by plane,” he said.

The Cleaner is the $5 favourite to win the Railway and if he wins or runs second he will take his career stake earnings to beyond $1 million.