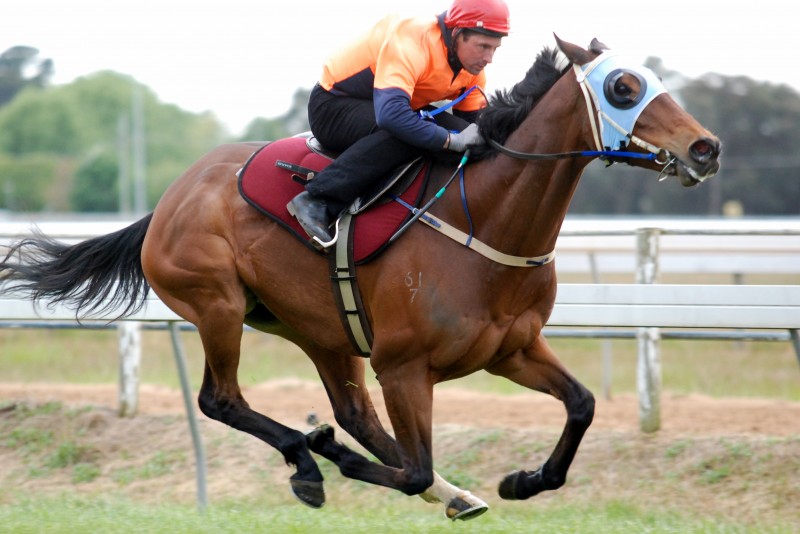 Tasmania’s equine cult hero The Cleaner is only four days away from the toughest assignment in his racing career but despite drawing the outside barrier his trainer Mick Burles remains confident the his stable star can deliver the goods in the $3 million W. S Cox Plate at Moonee Valley on Saturday.

The Cleaner has not started since winning the JRA Cup over the Cox Plate distance on September 26 but Burles says he has his stable star in top order.

“The horse is in a very good place mentally and physically so now all I have to do is hold him together until race day,” he said.

The gelded son of Savoire Vivre finished off his preparation with a sensational gallop on the grass at Longford early yesterday morning.

He loped the first lap then worked off from the 1000-metre peg the second time around steadily increasing tempo and dashed home his last 400 metres in a sizzling 21.68 seconds.

“Because he galloped hard up against the rail today I thought he might break 22 for the last 400m so to do what he did proves he is ready for the race of his life,” Burles said.

The Cleaner’s price to win the Cox Plate has shortened from his opening quote of $201 when markets were first released to $10 just prior to the barrier draw, after which he has drifted slightly to $12.

The Cleaner will be the first Tasmanian-trained horse to run in a Cox Plate.

Tomorrow afternoon (Thursday) The Cleaner will leave his Longford stable at 3pm and to give the star galloper a proper send-off well-wishers will line both sides of Anstey Street Anstey where the horse is stabled.

“A lot of the parents of school kids have signed forms requesting their children be allowed to get off school early so they can participate in the street parade which I think is a fantastic thing because a lot of these children feel they have some ownership in the horse and that’s great,” Burls said.