The Flash is back with a vengeance 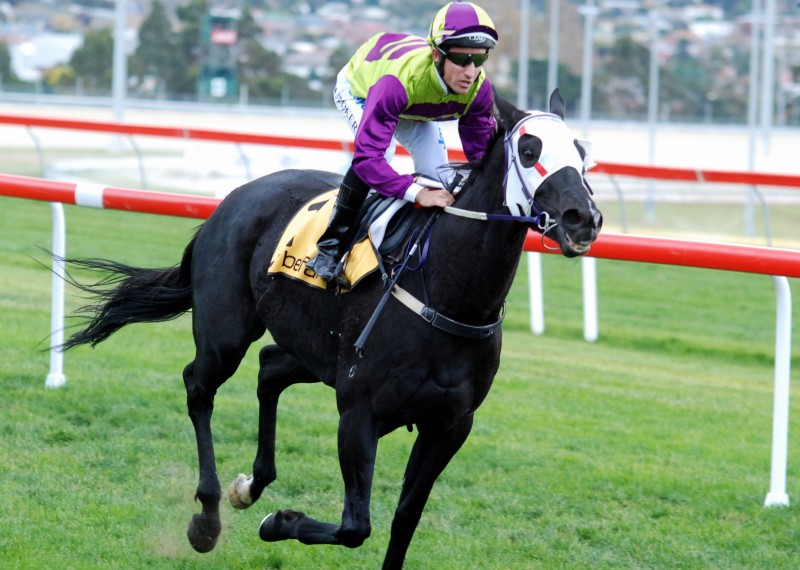 STAR Tasmanian galloper Geegees Blackflash delivered one of his best performances to win the Sorell Cup at Tattersall’s Park in Hobart on Saturday.

Geegees Blackflash won the race over 1600 metres despite having to carry a huge weight of 63.5 kilograms with apprentice Ismail Toker aboard.

Toker allowed Geegees Blackflash to settle third and off the speed set by his stablemate Pengalas Gee Gee and Second Dozen that raced handy to the leader to the home turn.

Second Dozen skipped clear at the top of the home straight but when Toker asked “The Flash” to extend he quickly put the end result beyond doubt.

The John Luttrell-trained gelding was having his first start since winning the AAMI Launceston Cup in late February,

“This horse is just amazing because he’s won today and he is only 75 per cent fit,” Luttrell said.

“That will only improve him for his next start in the St Leger in Launceston in a fortnight.”

Geegees Blackflash will be back in the spelling paddock after the St Leger and while there has been much speculation about whether the horse deserves the chance to race interstate, Luttrell said there was no need to race the horse outside the state.

“The horse has nothing to prove by going interstate but the owners (Paul and Elizabeth Geard) will make that decision not me.”

“But I now this horse has the capability to take his stake earnings to over $1 million in Tasmania and if he can achieve that goal he will be remembered as one of the greatest of all time, if he isn’t already in that category,” Luttrell said.