The Producer has a liking for Hobart track 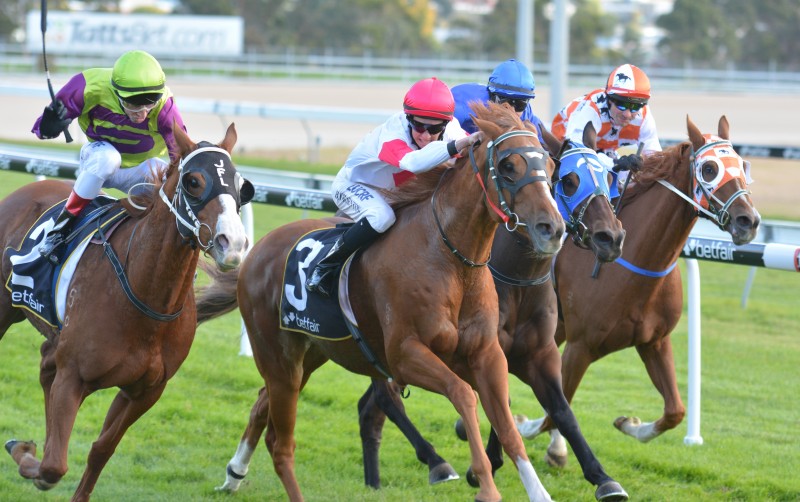 TALENTED sprinter-miler The Producer scored one of his best wins at Tattersall’s Park in Hobart on Sunday.

The Producer (Gonski-Star Lane) showed great courage to fight back after being clearly headed in the home straight to score a narrow victory over Geegees Velvet and Payteevee in the Don Bosco Bicentenary Open Handicap over 1600 metres.

The John Blacker-trained six-year-old has been a consistent performer with this latest win his seventh from 37 starts but he also has amassed a dozen minor placings for career stake earnings of $100,000.

Blacker was delighted with the win and admitted the horse performs best on the Hobart circuit.

The Producer is owned and raced by his trainer and his daughter Laura Blacker.

Listen to what trainer John Blacker had to say to tasracing.com.au’s Peter Staples about The Producer’s latest win.