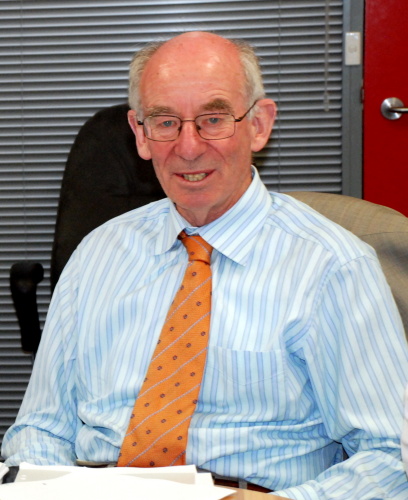 ONE of Tasmania’s longest serving racing administrators Rod Thirkell-Johnson AM has retired from his position as a member of the Tasracing Board.

The Minister for Racing Bryan Green today announced new appointments on the board of Tasracing that he believes will help guide the next phase of the racing industry’s development.

Hobart accountant Danny McCarthy has been appointed to the board while Des Gleeson is the new Thoroughbred Director replacing Thirkell-Johnson.

Mr McCarthy has been a partner of Wise, Lord & Ferguson since 1989, specialising in audit and financial consulting.

“Danny’s experience in economic research, financial modelling and business risk assessments will be invaluable during the next phase of the racing industry’s development under the Board’s direction,” Mr Green said.

Tania Price has been reappointed as an independent director.

Mr Green paid tribute to Mr Thirkell-Johnson for his contribution to the industry and the role he has played on the Tasracing Board since its inception in 2009.

Mr Gleeson, who previously held one of two general director positions on the board is a highly respected administrator and former internationally recognised chief steward with strong contacts in the thoroughbred industry at a national and international level.

Mr Thirkell-Johnson is one of Tasmanian racing’s most respected administrators.

He has been aligned with the Tasmanian Turf Club for 50 years. He became a member of the TTC in 1960 and joined the committee in 1977.

Mr Thirkell-Johnson also served as a committeeman until 1989 when he was elected chairman and he held that position until 1996 when he stepped down to concentrate on issues in the wool industry in his role as a member of the Wool Council of Australia.

He was back at the helm two years later and from 2001 he was a constant member of the Tasmanian Thoroughbred Racing Council.

Mr Thirkell-Johnson stepped down from his role as TTC chairman when he was appointed to the inaugural Tasracing board in 2009.

Thirkell-Johnson brought decades of experience in racing administration to the table, which was a valuable asset, particularly in Tasracing’s infancy.

Testament to his ability as a racing administrator is further evidenced in his role as a delegate to the Australian Racing Board.