Thirteen Black out for three months 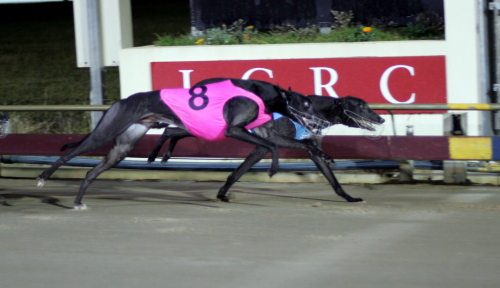 STAR Tasmanian stayer Thirteen Black will be o the sidelines for up to three months as a result of an injury he sustained in a state heat of the National Distance Championship two weeks ago.

The dog’s trainer Leigh Wood said the dog suffered damage to his Achilles when he was galloped on when checked by a dog that fell back through the field soon after the start of a heat of the championship in Launceston.

“We are quietly confident the dog will make a full recovery but we won’t know for certain until we get him back to the track,” Wood said.

Despite suffering the injury early in the race the dog still made at least 12 lengths on the leaders to get up and win the heat in the last stride.