Thirteen lucky for some 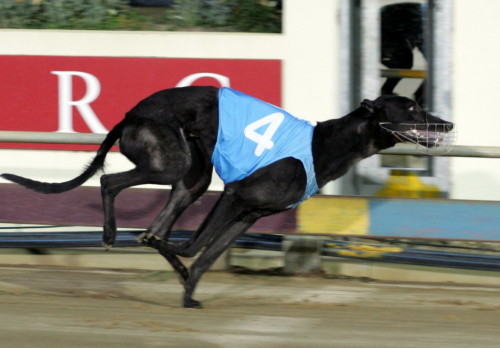 IF there were any doubts about Thirteen Black earning star status they were erased when the Leigh Wood-trained dog scored a brilliant win in the Right Price Meats Cup over 461 metres at Tattersall’s Park in Hobart onThursday night.

Thirteen Black gave a star-studded line-up a start and a beating in what was arguably his most impressive victory this season.

He was slow to muster speed from box four and was second last after travelling 100 metres while his kennel mate Icy Popsicle made the most of the inside draw (1) to lead with the Mick Stringer-trained Embrocadero hot on her heels.

Thirteen Black was baulked on the home turn and for one fleeting second it looked like he might be stymied for a run.

But he used his brilliant track sense and waited for a gap to appear and when it came he burst through and set sail after the leaders.

Embrocadero kicked clear in the straight but when Thirteen Blacker hit top gear he put the result beyond doubt.

He stopped the clock at 26.41 that was a personal best on the track.

“He’s a real good dog that’s getting better all the time,” Wood said.

“He has so much potential it’s scary,” he said.

Thirteen Black is owned and raced by Karlene Cuthbertson and Sally Wilson who bred the litter that includes Zooper that also contested the cup final.

It took 13 tries before he finally broke his maiden status

But since breaking the ice at his 13th start he has since won another eight times.

His record stands at nine wins and eight minor placings from 24 starts for just over $18,000 in stakes.

Wood is contemplating giving the dog a break but that decision won’t be made until next week.