Thoroughbred industry loses one of its greats 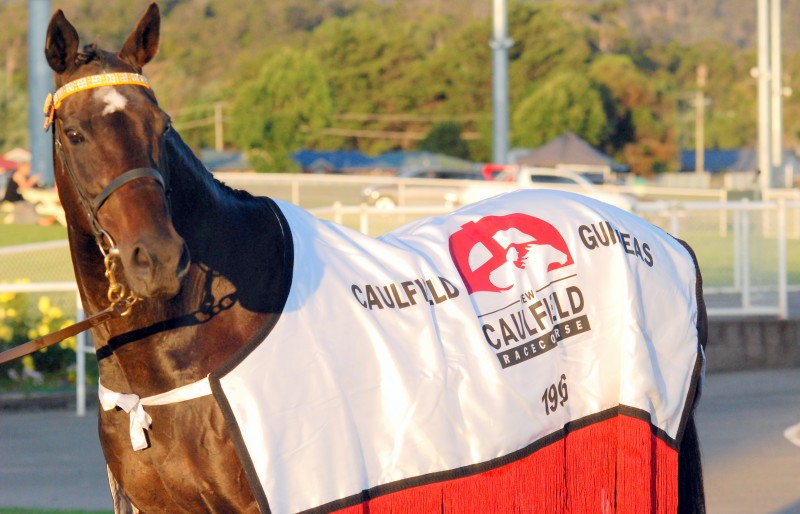 ALFA, one of the best racehorses to be bred in Tasmania died unexpectedly just short of his 21st birthday.

Alfa’s owner-breeder Barry Larter said the horse had shown no signs of ill health before being found dead in his paddock.

“He was buried on the property where he was living in retirement and I’ve had a special plaque made to mark his grave,” Larter said.

“It commemorates his five years as a racehorse and his 13 years as a police horse,” he said.

As a two-year-old Alfa was unbeaten from six starts in Tasmania when prepared by Barry Campbell. He was transferred to the Bart Cummings stable in Melbourne for the remainder of his racing career.

He excelled in his three-year-old season scoring four wins in succession that culminated in a brilliant victory in the Group 1 Caulfield Guineas.

Alfa followed up with a dead-heat for second behind Portland Player in the 1996 VRC Derby in which most pundits claimed he was unlucky not to have won.

As a four-year-old Alfa finished second to some of the best horses in the nation at the time including Might and Power, Filante, Mouawad, Cangronde and Ebony Grosve with whom he dead-heated for second in the VRC Derby the previous season.

He was unplaced in the Cox Plate and Melbourne Cup before being spelled.

He was plagued by a tendon injury that prevented him from winning again although he continued to be competitive at the highest level.

When he was retired Larter offered the horse to the Victoria Mounted Police where he spent the next 13 years and much of that time as the unit’s premier ceremonial and security-guard horse.

Alfa was paraded last year at Mowbray as a prelude to the Alfa Bowl, a race that is one of the most sought after prizes for two-year-olds in the state.