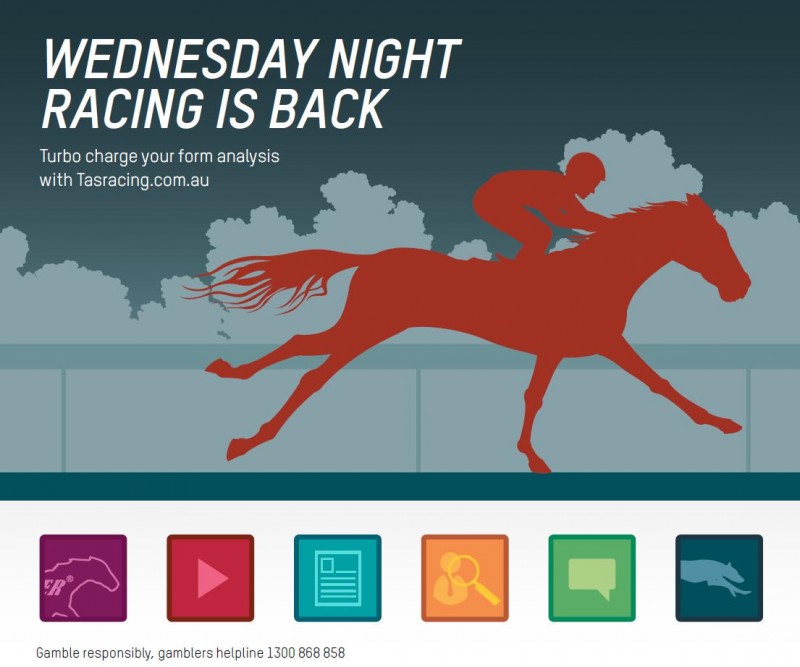 “Last season the average turnover on Tasmanian thoroughbred night meetings increased by 19 per cent, or nearly $500,000, compared to the previous season,” he said.

“It also provides Tasmanian thoroughbred racing with the opportunity to be featured in its own prominent and regular broadcast timeslot for interstate and international markets.”

Tasmania’s night racing product is broadcast into New Zealand, South Africa and France at an appropriate time of their day.  Tasmania is Australia’s biggest exporter to the French market, which this year will broadcast the meeting on New Year’s Eve.

“The club is pleased to be able to host these race meetings as they are a vital cog in the continuity and viability of Tasmanian racing and a showpiece on the international racing scene,” she said.

Dr Forbes said he was also very pleased at the condition of the thoroughbred track at The TOTE Racing Centre after its usual extended period of maintenance.

“The track will host 22 night meetings between 8 October and 22 April 2015,” he said.  “The track’s performance is an important component of our night racing’s overall success in terms of quality and consistency of product.”