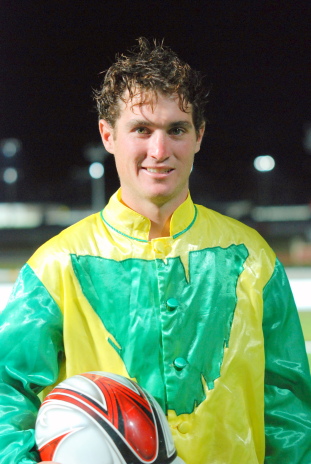 ONE OF Tasmania’s most talented young reinsmen Todd Rattray has been rewarded for his brilliance in the sulky by being selected to represent Tasmania at next year’s Australasian Young Drivers Championship in Perth, Western Australia.

Rattray will compete against drivers from all Australian states and the north and south islands of New Zealand at what will be his first representative assignment.

Rattray, 21, is a dual winner of both of Tasmania’s series for emerging drivers.

“I’m excited about being selected to represent the state. It’s the ultimate achievement for any young driver,” Rattray said.

“This past year has been my best and to get 42 winners last season was a good result,” he said.

He will be attempting a family quadrella in the Australasian series.

“It’s an honour to have the opportunity to improve on the family record in the series,” he said.

“There are many people who have assisted me in harness racing but I particularly want to thank my family and Chester Bullock,” he said.

The 2012 Australasian Young Drivers championship starts on 27 February and the last of seven heats will be at Gloucester Park on 2 March – the night of the Inter Dominion Grand Final.