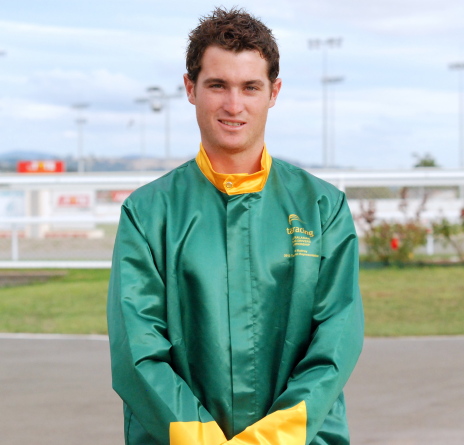 Tasmanian representative Todd Rattray has jumped to fourth place in the 2012 Australasian Young Drivers Championship after winning the fourth heat at Northam (WA) last night. The leader Ellen Tormey (Vic) has 39 points with Ken Rogers (SA) and Kerry Ann Turner (NSW) locked together on 32 followed by Rattray on 31.

Rattray drove a well judged race on Governor Johnny ($9.60) to secure maximum points in the fourth heat. He moved three wide without cover at the 1000 metre mark and worked to the lead with 80 metres remaining. In a tight finish, Rattray and Governor Johnny held on from the fast finishing Governor Art (Zac Butcher NZ).

The series appears wide open after four of the seven heats with nine of the 10 drivers still in contention. As 17 points are awarded for a win, 12 for second and nine for third, a win can result in significant change on the leader board.

Rattray appears to have the job in front of him to maintain or improve his position in the two heats at Narrogin tomorrow night. He will drive VillageCounty(R1 N4) and Nipperinghall (R2 N7).

Points after four of the seven heats are: