Too Many Reds primed for Newmarket assault 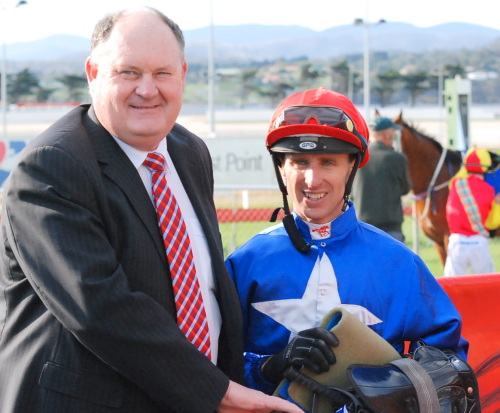 QUALITY sprinter Too Many Reds has been installed as an early favourite for the Tasmanian Newmarket Handicap following the gelding’s effortless win in an open handicap over 1100 metres at Tattersall’s Park in Hobart on Sunday.

Too Many Reds settled just off the pace with his regular rider Brendon McCoull aboard and when he eased off heels to challenge on the home turn he put the end result beyond doubt within a blink of an eye.

The son of Magic Albert toyed with his rivals in the home straight to score by almost four lengths from Mafia Man with Centenary Diamond almost a length away third.

It was the Charlie Goggin-trained gelding’s second run this time in and with plenty of improvement to come his connections are excited about the prospects of him being a serious contender in the state’s most prestigious sprint race the Newmarket Handicap under lights in Launceston on November 18.

Goggin was very upbeat about the gelding’s prospects this season, insisting he may have only one more run before the Newmarket.

Listen to what trainer Charlie Goggin had to say about Too Many Reds’ latest effort and his immediate future – click here .