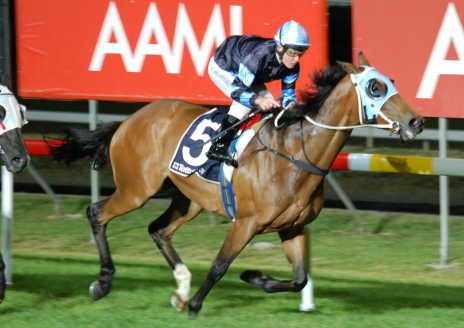 The Tasmanian Magic Millions Yearling Sale has earned a reputation for offering value for money and this year should be no exception, according to TasBreeders consultant Nicholas Hay.

“The 2013 sale has brought together a nice mix of yearlings by some of the best up-and-coming sires inAustraliaand the best Tasmanian-based stallions,” Hay said.

“Tasmanian breeders in the past 12 to 24 months have increased the standard of bloodstock being bred in the state and this is reflected in the 2013 catalogue.

“Being raised in one of the cleanest and freshest environments in the world, the Tasmanian-bred yearling has being given the best possible start to its racing career and should be able to perform to the highest level.”

Hay said that the Tasmanian sale was a well-known source of value.

“Graduates from the sale such as Lake Sententia, Lady Lynette, Methuselah, Triple Assist, Prince Obama, Arenzano, Los Skybo, Banca Mo, The Cleaner and Barysh Quest have performed extremely well over the past 12 months,” he said.

President of Tas Breeders Robert Eastoe agreed with Mr Hay saying Tasmanian Breeders had not only improved on the quality of their stock but have also proven their worth on the National racing circuit.

“Our numbers are up this year as far as the categorised yearlings to 136, where we only had 110 last year and we certainly haven’t compromised on quality,” Mr Eastoe said.

“I think it has been proven with some of the Tasmanian bred horses that have been winning inMelbournethat we can certainly punch above our weight.”

The biggest vendor at this year’s sale will be Grenville Stud at Whitemore which has 32 yearlings to be put under the hammer.

First-season sires All American, O’Lonhro, Dreamscape and Bushranger (Ire) all have horses catalogued.

Horses will be available for inspection from February 11 at the Inveresk Showgrounds in Launceston.

This year’s sale on February 14 will follow on from the Magic Millions race meeting at Mowbray the previous night, which will give interstate visitors a double reason to make the trip.