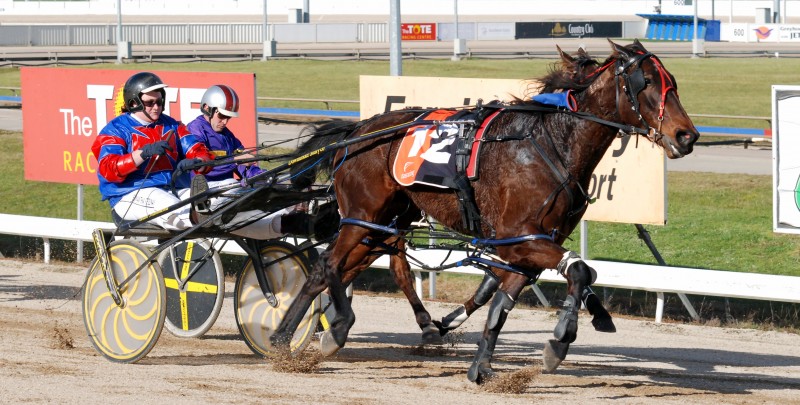 THE outcome of The Examiner Stakes for C1 class pacers in Launceston today was always going to be determined by the caliber of reinsmanship.

And so it was with underrated driver Samantha Freeman guiding race favourite The Family Guy to victory in a keenly contested event over 2200 metres at The TOTE Racing Centre.

Robyn Scherbotsky showed god early speed to easily find the front and once settled driver Troy Hillier ensured a solid tempo while Freeman had The Family Guy settled near the rear of the field from his outside second-row draw.

But it was a lightning-like move made by Freeman midrace hat saw The Family Guy rush around the field to sit at the leader’s wheel.

The leading pair settled down to a two-horse war in the home straight but when Freeman called on her charge for the supreme effort the gelded son of Union Guy forged clear and went on to defeat Robyn Scherbotsky by almost two metres with Lovethelifeyoulive almost six metres away third after trailing the leader throughout.

The Family Guy’s trainer Brent Parish confirmed it was the drive that won the race.

“Sam (Freeman) told me before the race that if she drove the horse well he should win and that’s pretty much how it panned out” Parish said.

Freeman was having her fourth drive aboard The Family Guy and had been placed at her three previous drives on the four-year-old.