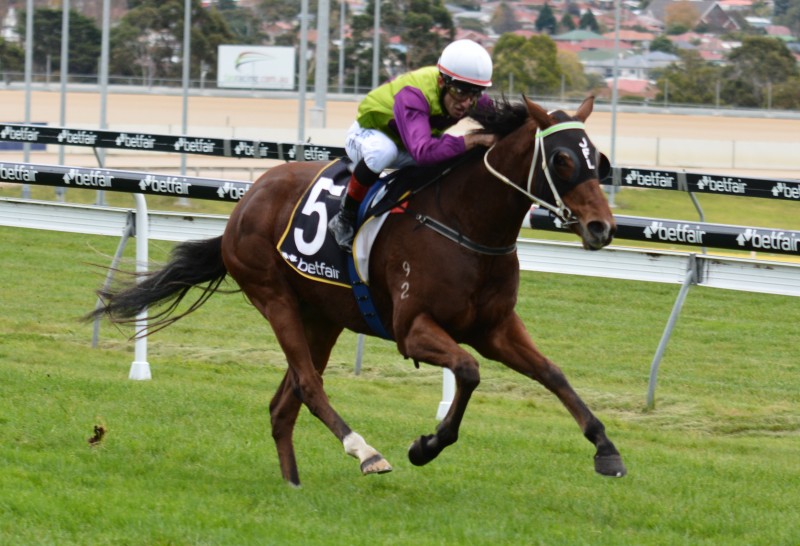 TALENTED two-year-old Gee Gees Top Notch wore blinkers for the first time today in the $25,000 2YO Autumn Plate over 1100m at Tattersall’s Park and what a difference the gear change made.

With apprentice Ismail Toker in the saddle, Gee Gees Top Notch jumped well from barrier five to settled outside of the leader and stablemate Gee Gees Vicki and they matched motors to the home turn.

But when Toker called on his filly to extend she quickly put the end result beyond doubt and went on to score comfortably from outsider Turtles Nest (Jason Lyon) and Siorca (Brendon McCoull).

Gee Gees Top Notch won the $100,000 Elwick Stakes (1200m) on Hobart Cu Day without sporting blinkers but after she finished down the track at her two subsequent outings her trainer John Luttrell opted to apply the gear change.

It definitely made a difference to her tractability and keenness to race forward early and if this latest effort is any indication she will be very hard to beat in the Sires Produce Stakes in Launceston next month.

It was a bitter sweet day for Luttrell and owners Paul and Elizabeth Geard who celebrated the win of Gee Gees Top Notch but were later  shattered when their four-year-old mare Geegees Velvet broke down after finishing third in the Mawingo at Grenville Fillies and Mares Handicap.

Geegees Velvet damaged a fetlock joint but vets were able to bandage and strap the joint for transport to the Geards’ farm where she is expected to have the joint pinned and be saved for a stud career.

Listen to what trainer John Luttrell had to say about Gee Gees Top Notch’s latest win.