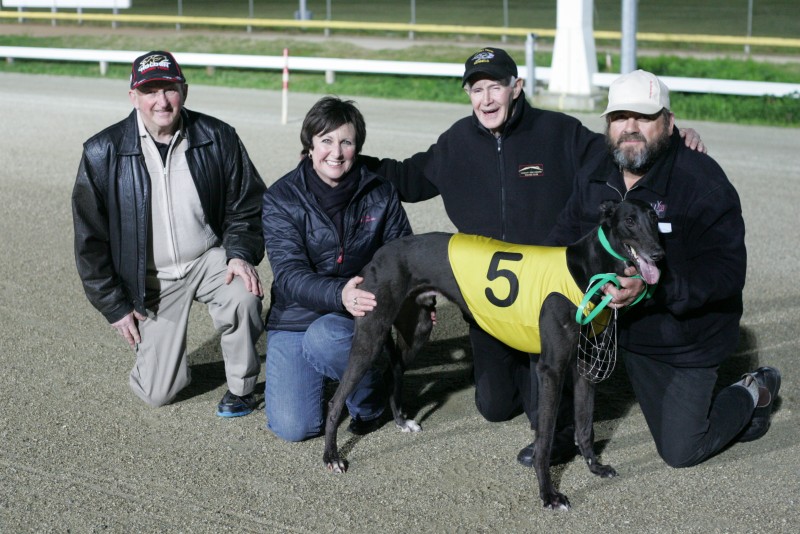 Topline Tornado is a maiden no more after a terrific win for Birralee trainer Lynden Nichols in the feature “Bottley” Green Memorial.

Topline Tornado had fifteen starts prior to Thursday night for five seconds and three thirds but his last two runs, runner up behind Dixie Lane at Launceston and again second behind Lillycette here at Hobart gave punters and inkling his first victory wasn’t far away.

Starting third favourite ($3.90) behind the Graeme Moate trained It’s Crunch Time ($2.90) 3rd and early favourite Thomas Good ($3.10) unplaced, this son of Collision had his fair share of admirers none more so than Nichols partner and owner Carol Nash who was confident that Tornado would acquit himself well albeit jumping from the despised middle box (5).

Jumping brilliantly from box rise he led briefly however the outsider Prince Nitro from the red, led with superior speed through the first split in 5.16 with Topline Tornado positioning himself in a clear second just off his tail.

Prince Nitro held the lead through the second split 11.27 and almost pinched the race up the straight but was caught near the post to get beaten by a neck on the line.

It’s Crunch Time came home well along the rail for the minor placing with Beemo collecting the fourth prize.

Other impressive winners on the night included the Peter Phillips trained Frytson who put the writing on the wall after his blistering 4.98 first split over the 461m the previous week and Princess Zara who repaid the faithful followers after her disappointing odds-on loss the week before.