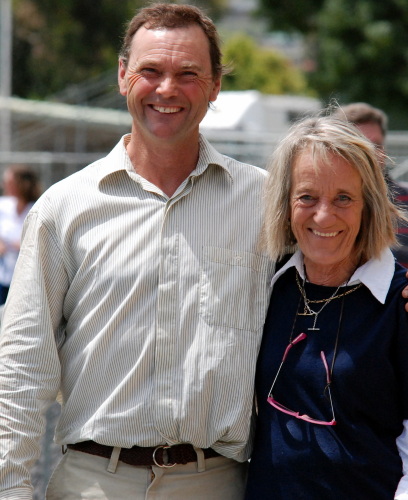 BRIGHTON trainer Royston Carr has had a reasonably dry run in terms of winners this season but his luck took a turn for the better when promising three-year-old Tough Chik scored a brilliant win on debut at Tattersall’s Park today (Wednesday).

Despite never being better than three-wide for the entire journey Tough Chik joined the leaders at the top of the home straight and powered her way to a comfortable win over Tough At Heart and another first-starter Gee Gees Beauty.

Tough At Heart led with Gee Gees Beauty close at hand while rider Kelvin Sanderson on Tough Chik was stuck out three and four-wide early.

Tough Chik was the victim of circumstance as she drew the outside barrier but showed early speed when left Sanderson with little option but to let her travel wide to the home turn.

When Sanderson called on the filly for the supreme effort 200 metres out she found enough to keep her rivals at bay.

Listen to what trainer Royston Carr had to say about Tough Chik’s debut win.