Tough Future set to strike at the Valley 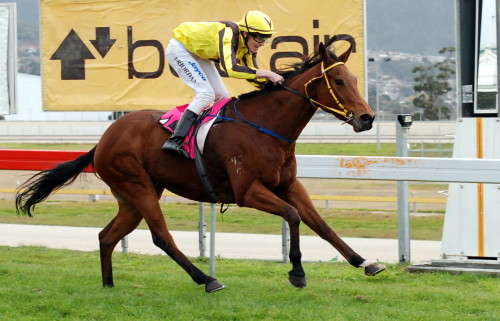 SMART Tasmanian four-year-old Tough Future will head to Melbourne on Sunday night for a hit and run mission at Moonee Valley next Wednesday (June 23).

Tough Future will line up in a 0-82 handicap over 1200 metres with excellent form that comprises four wins and a second from his only five starts this season and trainer Ray Worbey is quietly confident the gelding will emerge triumphant.

“The horse has done a treat since his last win in Hobart, so provided he travels well he should be very competitive,” Worbey said.

Former Tasmanian apprentice Jason Maskiell, who leads the apprentices’ premiership table in Melbourne, was originally favoured to ride the gelding at Moonee Valley but he has been replaced by Michael Guthrie who has partnered the horse in two of his four wins this season.

“Michael (Guthrie) has a great association with the horse and I’m very pleased he’s able to go across and take the ride,” the trainer said.

Tough Future Was very impressive in winning a class four handicap over 1400 metres in Hobart at his most recent start on May 30.