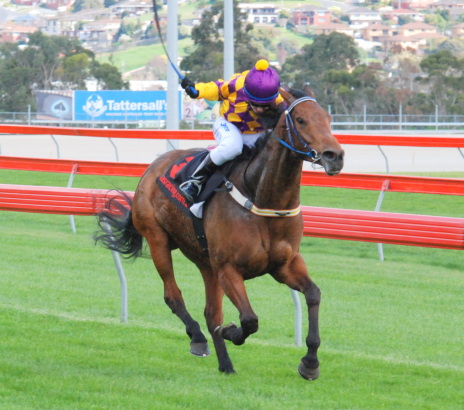 Trainer Terry Evans admitted he didn’t expect the son of Tough Speed to win the race but he was pleased all the same.

“This horse is heading to races over 200 metres and beyond so I was quite surprised he’s been able to win over this short trip,” Evans said.

Tough Midori (Tough Speed-Midori Miss) settled well back in the field of six but at the half-way mark he was only four lengths from the leader Beau Tracer.

Listen to what trainer Terry Evans had to say about Tough Midori’s maiden win – click here .

Story and photographs By Peter Staples.