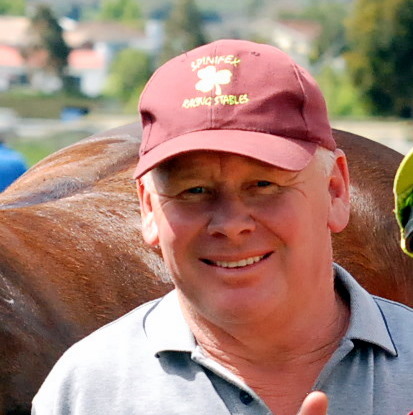 Keys landed a double with FlashKingdom that finally broke his maiden status and his gallant five-year-old Fair Colony won the last race on the nine-event card.

It too a masterful ride from Victorian jockey Lee Smith to get Fair Colony home in the benchmark 68 race over 1660m.

Smith had the gelding travelling sweetly midrace tucked in on the fence and midfield with an honest pace set by Remi Raider.

But when Money Angel slipped around the field to take up the running the pace slowed noticeably and Fair Colony copped the backwash.

Smith managed to get Fair Colony clear and when he dared back to the fence in the straight the five-year-old drove hard to the line and went on to score by almost a length from Remi Raider that did a great job to recover from interference with Money Angel hanging on for third, just in advance of Teller.

FlashKingdom has been a frustrating horse to train and Keys was thrilled that he had finally delivered the goods.

“The stressing part is that FlashKingdom has shown us ability from day one but he just found ways of getting beaten,” Keys said.

“We tried head gear on him to make him go straight but as soon as we did that he’d run amok in the barriers – he just went right off.”

“He’s cost me a fortune because I’ve punted him a few times.”

“I’m not sure whether he’ll go on with it now but the jockey (Michael Guthrie) said he won well,” Keys said.