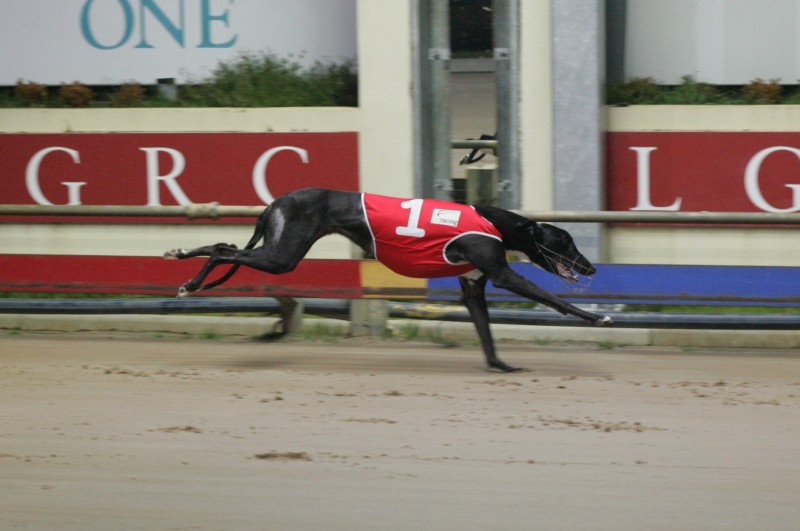 Mangalore trainer Susan Gittus went within a ½ head of training four winners on Monday night with Go Betty Go (R5) going under on the line by Mick Louth’s Heliski.

Areba Miss ($7.20) started the run of winners for Gittus in the first. This daughter of Bekim Bale had just the nine starts before Monday night for three thirds but did put the writing on the wall last week with a strong run behind Dark Vito. Her winning time of 30.44 suggests she should be followed over her next few starts. Favourite Irish Gift ran second with Ohana third.

Oh Joy ($5) scampered over the short 278m course in a brilliant 16.15 winning by 11 ¼ lengths from the consistent Shadow Hammer with favourite Action Bolt taking third. It was the daughter of El Grand Senor’s first start and with that speed from the boxes it will be interesting to see how far she can go for owner Greg Homan. Homan bred her from his consistent top grader Roo’s Blue.

Miss Somebody ($3.70) brought up the Gittus treble with an emphatic win over the middle distance. Jumping well from box one she almost led to the first split but was overtaken by Tan Tiki who set splits of 9.73 22.83, however she never left the rail and  had the sitting shot on the home turn and ran away to win by 3 ¼ lengths in 35.18. Pedro’s Vineyard ran second with Nicnac Norris finishing well for third in front of the tiring Tan Tiki.

Nooee’s Lad with a brilliant start from the boxes won the Launceston City Council stakes for Burnie restaurateur Craig French and penguin trainer Butch Deverell. Starting at the lucrative odds of $5.50 the result was never in doubt once the lids opened setting splits of 5.01 17.78 and stopping the clock at 30.13.  Ultra White ran a cheeky race for Maurie Strickland at huge odds for second with Proven Fantasy third.