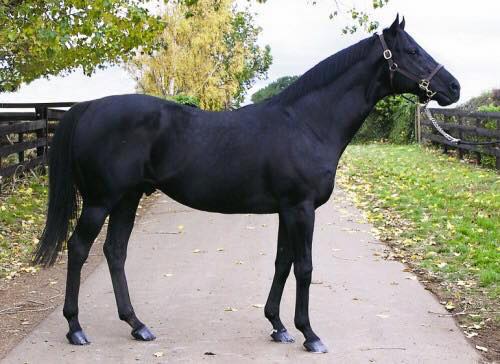 TASMANIA’S thoroughbred industry is in mourning with the loss of one of its greats in sensational sire West Quest this week.

West Quest stood at Graeme McCulloch’s Grenville Std for the past 15 seasons and his record tells us that he is clearly one of the best and most consistent stallions to ever stand in the state.

His progeny were able to win at all distances from 900 metres to 2800m with career statistics that would flatter any sire in the world.

During his stud career the son of Gone West produced 868 winners and 1564 placegetters from 7760 starters for gross prize money of $12.268 million.

He made it into the top 10 Australian sires list six times and he five times the leading sire of two-year-olds in Tasmania.

His most recent winner was Don’t Tell Kayla at Longford on New Year’s Day  but the latest star to be sired by him is the Adam Trinder-trained Valiant Warrior that won his first five including the 3YO Cup and he lost no admirers in being beaten by Admiral in the 3YO Trophy in Launceston two weeks ago.

Tasmanian Hall of Fame trainer David Brunton is on record as saying West Quest’s potential champion stayer Rum Corps, that died in a freak training track accident in Melbourne, was potentially the best he had trained.

West Quest’s record speaks for itself but it was his nature that made him such a wonderful horses to have at Grenville Stud.

“He was easy to handle from the day he arrived at Grenville to the day he passed away (last Friday).”

“He was the foundation of Grenville Stud and we were blessed to have had him stand in Tasmania,” he said.

West Quest was buried at Grenville Stud on Friday and a monument will be erected to signify the role he played in building Tasmania’s racing industry.

West Quest was 25 years old but he still managed to serve mares this season of which 15 are in foal.

West Quest – Gone but not forgotten.