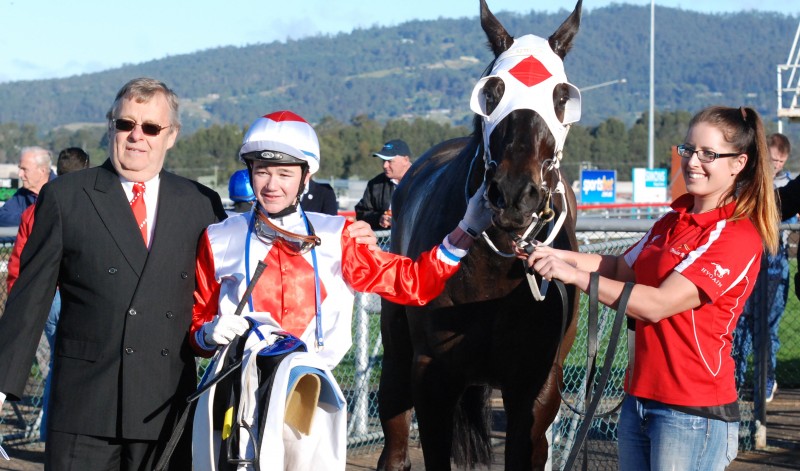 WHEN trainer Adam Trinder first looked at former NSW galloper Big Time on the training track soon after he arrived in his care last year he was excited about the gelding’s prospects in straying events.

That the horse was from the Chris Waller stable also put a glint in Trinder’s eye but sadly Big Time failed to flatter at his first two outings that included a ninth of 13 in the 2014 Betfair Launceston Cup.

After the cup flop Trinder tipped the then five-year-old out for a spell and the break not only gave Trinder time to analyse the animal but it gave the gelded son of Danewin the chance to regroup after a lengthy campaign.

On his home track at Spreyton last Saturday Big Time showed why his owner, Sydney Magistrate Wayne Roser, wanted to give him a season or two in Tasmania.

Big Time travelled sweetly in third spot  behind the leader Makes Cents and when jockey Jake Bayliss called on Big Time for the supreme effort turning for home he knuckled down to his task and went on to defeat Makes Cents by a length with Royal Miswaki third.

Listen to what trainer Adam Trinder had to say about Big Time’s first-up win and what he has planned for the gelding.