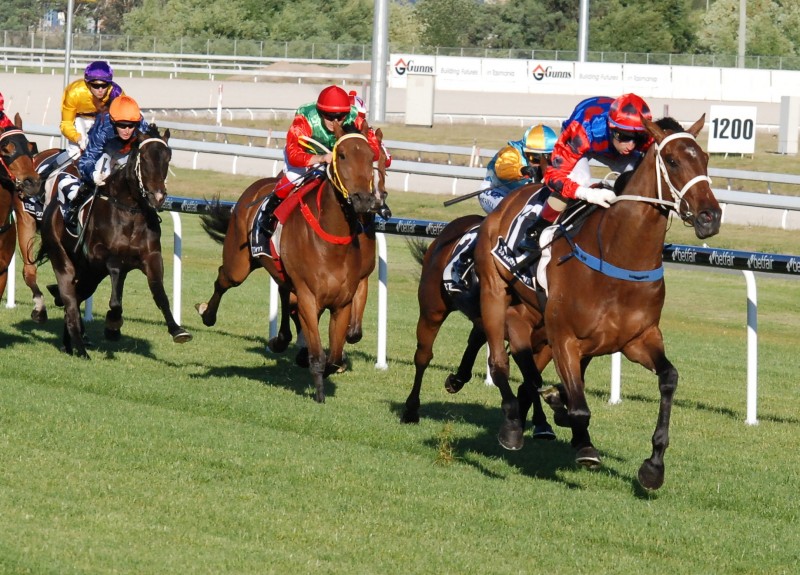 SPREYTON trainer Adam Trinder will only take two of his team to Hobart today but if everything goes to plan he will leave with two winners and retain his lead on the trainer’s premiership table.

Trinder will saddle up Second Dozen in the Motors Pty Ltd Benchmark 82 Handicap over 1600 metres and his talented four-year-old mare Weekend Winner in the last of eight races, the Schweppes benchmark 72 Handicap over 1400m.

Second Dozen found winning form two starts back on his home track at Devonport and he followed up with a game second to Gee Gee’s La Quita over 1400m in Hobart at his most recent outing.

“Second Dozen found his right form two starts back and I thought his last start was good despite being beaten as the horse that beat him (Gee Gee’s La Quita) also has defeated The Cleaner and we know how good he’s going this season,” Trinder said.

While Trinder is confident Second Dozen can win he admitted At The Weekend is the best winning chance of his pair.

“At The Weekend won last start even though she did a few things wrong in the run but I’ve opted to put the blinkers on her for this run and that should make a difference to how she races,” he said.

“She is running over 1400m again and while she is going to be at the top of her game over longer distances she should be able to handle the 1400-metre trip on Sunday,” he said.

Trinder has prepared 11 winners so gar this season to hold a four-win lead over fellow Spreyton trainer Barry Campbell who also has had a stellar start to the season with another Spreyton-based mentor Glenn Stevenson lying third with five winners.