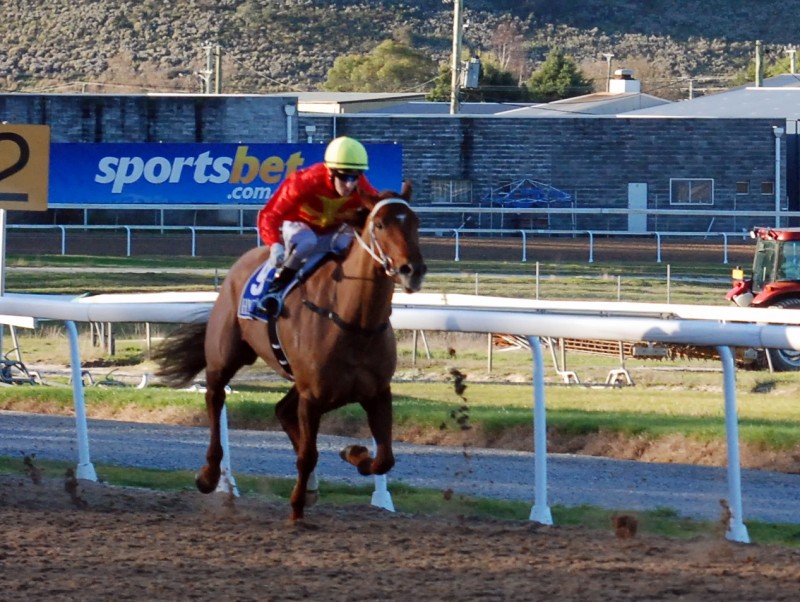 SPREYTON trainer Adam Trinder has made a great start to the new racing season notching a treble in the season opener on his home track last Saturday.

With the next four meetings to be held at Spreyton the former champion jumps jockey-turned-trainer is hoping to get a break on his rivals as he tries to topple David and Scott Brunton who have dominated winning the past five trainer’s premierships.

Tomorrow he saddles up a team of eight with runners in six of the 10 events programmed.

He rates Magnetic Queen his best winning chance and she appears in race six, a class one handicap over 1350 metres.

Magnetic Queen was heavily backed at her Tasmanian debut last Saturday but ran into a smart one in Tennessee Drive that kept his unbeaten record intact from two starts.

The former Peter Moody-trained mare won her maiden on debut for that trainer at Warrnambool after which she was taken straight to the city and finished 10th of 16 behind Vain Queen beaten seven lengths.

After another prep with Moody the mare’s Victorian owner opted to send her to Tasmania on lease.

“I trialled Magnetic Queen before she had her first start for me and she ran third but she presented at the trial like one of my stakes mares so on that effort I was very confident she would win last week,” Trinder said.

“She ran into a very nice horse in Tennessee Drive and wasn’t disgraced by any means but I believe she will love stepping up to the 1350 metres and from barrier one Corey Parish should be able to give her  gun run,” he said.

Trinder also will saddle up Second Dozen in the feature race then Tapeta Sprint Prelude open handicap over 1000 metres.

“Second Dozen trialled really well recently and while the 1000m isn’t his ideal distance there is no doubt that he is the best he’s ever been at the start of a preparation since I’ve had him in my stables.”

“It is a good race with plenty of chances but I think Second Dozen is one of the better hopes,” he said.

While Trinder is hoping for another big day tomorrow, newly former father an son training combination Leon and Dean Wells will be pinning their hopes on two former Victorians to get their names as winners on the premiership table.

Family Ty scored an impressive win in a maiden in Launceston on a heavy track at the last meeting of the 2013-14 season and he looms as a top each-way chance in race five tomorrow, a class one handicap over 1350m.

“Family Ty is drawn wide but there is a bit of speed in the race so he should be able to get over and find a spot and if that happens he’s a live chance,” Leon Wells said.

“She’s Drahmatic was a terrific run last start at Mowbray and if she can get a bit of luck from a horrible draw (18) then she should be running home strong as she gets to a more suitable journey (1650m).