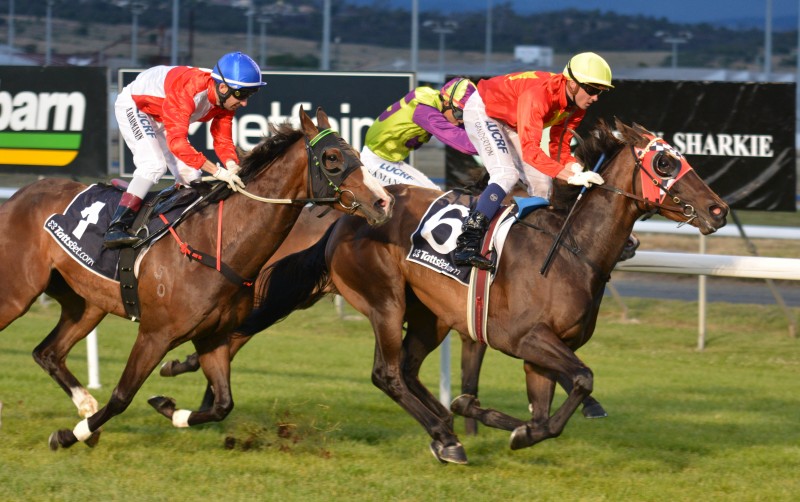 Vivre La Verve was having only her second start this preparation but made light of the task.

She was quick to jump from barrier one but when the expected leader Carnelian Crystal missed the start and her rider Georgie Catania didn’t push forward it was left to the favourite Geegees Brightstar to lead but Trinder’s filly got fired up so he opted to let her ease off the fence and race outside of the leader.

Turning for home Vivre Le Verve gained the upper hand from Geegees Brightstar under strong riding from Daniel Ganderton and forged clear and the filly had no trouble staving off Savoir Step that worked home well with Geegees Brightstar hanging on for third.

“I am very pleased with the outcome tonight for this filly although it wasn’t at all how I expected her to be ridden,” Trinder said.

“I’ll be having a talk to Daniel (Ganderton) but we have got the desired result,” he said.

Vivre La Verve won twice at Devonport before being sent for a break and she resumed on November 30 in Hobart with an encouraging forth to talented mare Laurenstar in a class two over 1000m.

Trinder said he also hopes to test the filly beyond 1600m.

“We’ll go to the Thousand Guineas (1600m) and then most likely have a look at the Strutt Stakes (2100m) and depending on how she handles that we might go to the Oaks,” Trinder said.