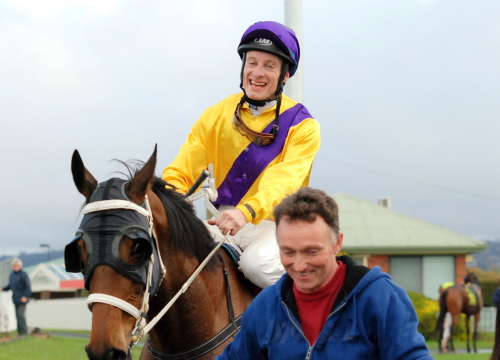 SPRING DESERT was dubbed a “surprise packet” by Spreyton-based trainer Michael Trinder after she scored another impressive win in Launceston last Sunday.

Spring Desert (Desert King-Willow Spring) scored an impressive win at only her second start in Launceston on July 1 after which she finished just out of a place in a strong class one handicap at the same venue two weeks later.

But her latest performance was clearly her best.

She raced outside of the leader Tuesdaynitedelight to the home turn before she burst clear and went on to record an effortless win over the well-backed favourite North Lad with Larmar Hall a close-up third.

Trinder was not at the track to see the win as he was in Victoria preparing Morsonique and Nuvolari for the Grand National Steeplechase at Sandown which was won by Morsonique, giving the trainer a two-state double in the space of an hour.

“I didn’t get to see the mare’s race in Tassie because I was saddling up my two Grand National runners,” Trinder said.

“This mare has been quite the surprise packet because she’s shown me nothing on the training track but she has been reasonably impressive at the races,” he said.

Listen to what stable foreman Rod Price had to say about SpringDesert straight after her impressive win – click here .