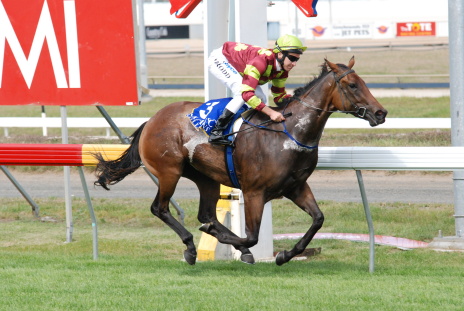 The filly was purchased by Tom Magnier of Coolmore Stud on the second day of the National Magic Millions Select Broodmare sale on the Gold Coast.

Connections were hoping the filly would top $200,000 but the market was tight and given the economy they appear to have done well with the knock-down figure.

Last season Triple Asset won the Magic Millions 2YO Classic in Tasmania before heading interstate to win the Thoroughbred Breeders Classic (Group 2) at Flemington and then ended her campaign with a brilliant win in the Group 2 Jansz Stakes at Morphetville (SA).

Also offered at the sale were three other Tasmanian-owned and bred mares.

But Huiskes, a mare owned by Prime Thoroughbreds and trained by Charlie Goggin during her Tasmanian racing career was sold for $70,000 to Steve Brem acting as agent for a prominent client.