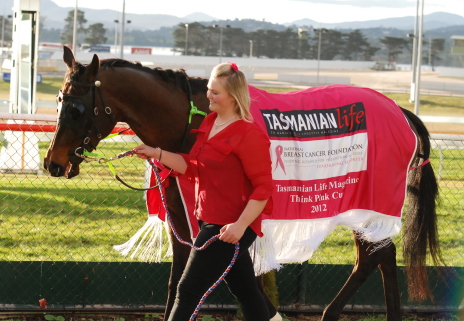 Turbo Qui (Matsqui-Mustin Belle) won in Hobart at the end of May before tackling two races interstate that resulted in a luckless third at Caulfield prior to returning to Tasmania.

With in-form jockey David Pires aboard, Turbo Qui powered his way home along the rails in the home straight to score from Mr Fashion and Starsimp.

It was Turbo Qui’s eighth career win and his fourth for the season.

It was the second leg of a winning double for Voss who has been riding the crest of a wave lately after enduring a dry spell from the winner’s circle.

Listen to what trainer Michael Voss had to say about Turbo Qui’s latest win and his plans for the gelding in the coming weeks – click here .