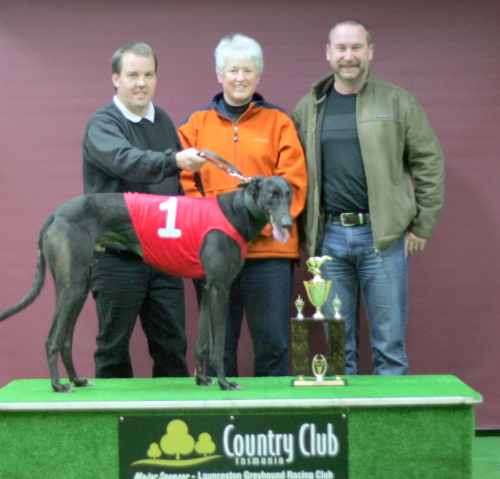 Thirteen Black raced outside of Sitka for most of the journey before gaining the upper hand right on the line to score by a head.

The battle sent a warning that they are clearly the state’s two best chances of representing the state at the Nationals this year.

It was Thirteen Black’s 18th win from 42 starts but given the dog didn’t win his first race until start 13 his record is quite exceptional.

But Sitka also has a good record with 10 wins and eight minors from 27 starts in Tasmania and she also had success in Western Australia earlier this year.

Thirteen Black is prepared at Whitemore by Leigh Wood while Sitka is prepared out of Mick Louth’s kennels at Flowery Gully.

The Tasmanian state heats the National Distance Championship will be held in Launceston on August 9 with the final the following week.

The National Sprint heats and final will be run on the same dates.