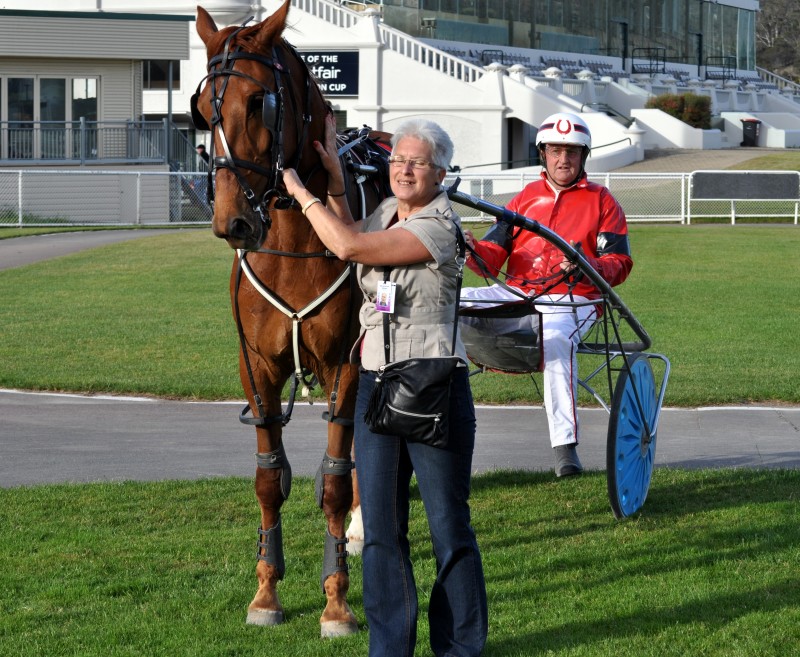 WHEN a trainer takes a horse to the races thinking it probably can’t win and when the same thought is reaffirmed during the race it usually means the horse will run unplaced.

But a horse named My Mate Tyson defied the rule to emerge triumphant in Launceston last Sunday night.

Carrick trainer-driver Ross Freemen didn’t think My Mate Tyson was a winning chance in the Economy Warehouse Stakes over 2200 metres, primarily because of his back row draw and his recent efforts had been slightly below par.

But the gelding surprised Freemen when he emerged from the pack in the home straight and powered home to score a last-stride win over Baldock with Orial almost three metres away third.

“I didn’t give him much of a chance before the race, and, from where he was turning for home, I thought he had no hope,” Freeman said.

“He was making up good ground and with the leaders paddling a bit my horse rattled home the last 50 metres to get up,” he said.

My Mate Tyson (Town Champion-My Golden Eye) is owned by the trainer in partnership with his wife Cheryl and they also bred the gelding.

It was My Mate Tyson’s first win from six starts with his previous best a second on debut at the end of June.