Udoit back in Guineas contention 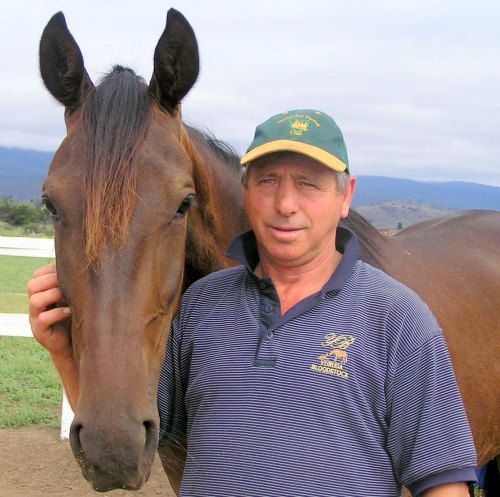 SMART three-year-old Udoit bounced back into the winner’s circle on Sunday night to reignite his Tasmanian Guineas aspirations.

Trainer Eric Jacobson predicted last season that Udoit had the potential to reach great heights as a three-year-old but after winning the first 3YO race of the new season the geldings form waned.

Gear changes failed which left Jacobson to go back to the drawing board and come up with a plan to revitalise the three-year-old.

The changes worked because on Sunday night the gelding was awesome.

Udoit (Panorama-Garsanne) settled at the rear of the field and looked to be in a non-winning position turning for home but under strong driving from Ricky Duggan then gelding sprouted wings over the concluding stages to get up in the last few strides to defeat Gedlee and Anoptomist.

Jacobson was delighted with the win and said the gelding was now back on track for a tilt at the better quality three-year-old races in the coming months.

Listen to what trainer Eric Jacobson had to say about Udoit’s return to form – click here .