Ukulele back in tune 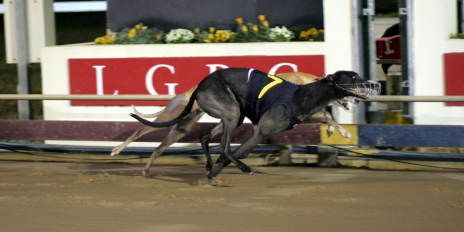 LIGHTLY raced dog Ukulele Man made up for notching a string of minor placings when he scored a convincing win in a grade five event over 461 metres at Tattersall’s Park last night.

The Leigh Wood-trained dog was having only his second outing on the Hobart track and he showed his liking for the U-bend circuit.

Ukulele Man ($5.20) began well from box six but he was part of a line of seven 100 metres into the race until he and the favourite Regent Reign ($2) emerged from the pack.

Ukulele Man gained the upper hand and sped clear but Regent Reign kept coming, although in the straight Regent Reign appeared to lose concentration and ran into the back of the leader.

Wood’s dog went on to score by three quarters-of-a-length from Regent Reign with Prenup 2-1/2 lengths away third.

Ukulele Man took his career win record to three from 20 starts but he can improve on that in the coming weeks if he continues to display the box manners that helped him to notch this most recent win.