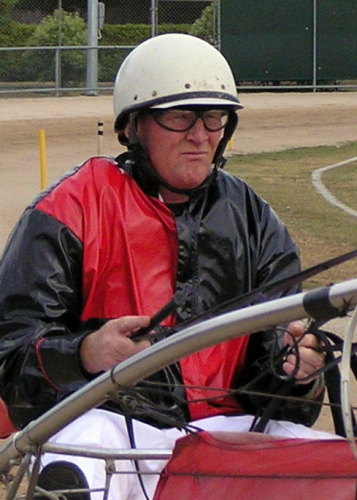 ULOS kept the Phillip Ford stable’s juggernaut rolling along when he scored a narrow but impressive win in the Governor’s Cup at Tattersall’s Park in Hobart tonight.

Ulos (Sokys Atom-Pat Petulus) was given the run of the race by Scott Ford who settled the gelding in the one-out-one-back position on the back of SkyTower that faced the breeze outside of the stablemate and heavily backed favourite Yakuza ($1.30).

The gelding, owned by Garry Rogers, had been competitive in other feature races recently and according to the trainer Ulos needed only an ounce of luck to go his way to win.

When Yakuza led and stablemate SlyTower faced the breeze, as expected, Ulos looked the most likely to give the favourite serious opposition at the business end of the race.

As it turned out Yakuza was found wanting over the concluding stages and it was left to Ulos ($20) and Sky Tower ($16) to battle it out over the final 150 metres with Ford’s horse too strong when it counted.

Sky Tower gained the upper hanbd from Yakuza at the top of the home straight but he was unable to withstand the powerful finish of Ulos, while Yakuza hung on for third, just in advance of the fast-finishing Our Sir Jeckyl that came from last 500m out.

Listen to what trainer Phillip Ford said about Ulos’ Governor’s Cup effort – click on the audio link below.