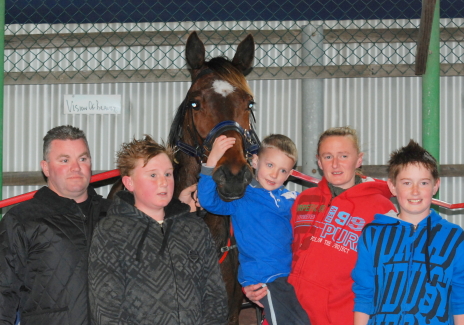 WAYNE WATSON hasn’t had a lot of opportunities to get into the winner’s circle this year but a newcomer to his stable could reverse the trend.

With Todd Rattray in the sulky, Ultimate Escape settled beyond midfield in the one-out line from his second-row draw.

When Rattray eased his charge three-wide to make his run 600m from home the gelding grabbed the bit and charged to the leaders and when called on for the supreme effort in the home straight he surged clear and left his rivals in his wake.

“I’ve only had the horse for four starts but he probably should have won at his second outing for me when he was runner-up in Hobart behind Littlebitofglory in a C0 two weeks ago,” Watson said.

Ultimate Escape (Artiscape-Szaribo) had four wins from 48 starts in Victoria where his form waned late last year leading to connections sending him to Watson.

The gelding’s previous win was in November last year but the win prior to that was way back in February 2010.

Listen to what trainer Wayne Watson had to say about Ultimate Escape – click here.