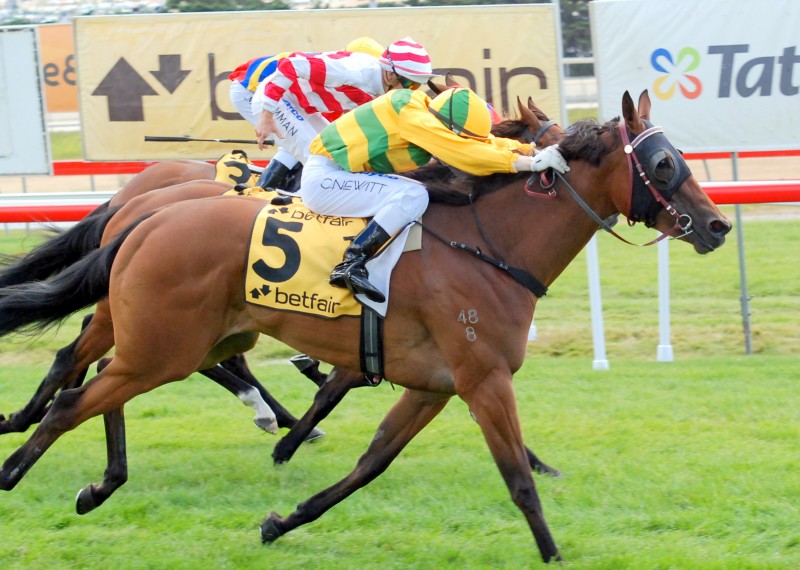 PROMISING Tasmanian mare Unoaked made it three wins in succession when she powered home to take out the Kevin Sharkie Benchmark 78 Handicap over 1600 metres at Tattersall’s Park in Hobart on Sunday.

The mare has been racing in career best form and her trainer Leon Wells is contemplating stepping her up in distance with the view of securing a berth in the AAMI Launceston Cup.

Unoaked blew her rivals away on Devonport Cup day with an emphatic 8.2 length win in a BM68 race over 1650 metres and she followed up with an equally convincing win in a stronger BM68 at The TOTE Racing Centre in Launceston on January 23.

But at this latest outing the Darci Brahma four-year-old mare had to dig deep to emerge triumphant but again it was the way she hit the line that suggested she has a future at distances well beyond 1600 metres.

Craig Newitt has been aboard Unoaked at her past three starts and he believes she is capable of winning a decent race this time in.

Wells is likely to nominate Unoaked for the $20,000 Night Cup over 2100 metres in Launceston on February 13 as the winner of that race gains ballot free entry into the Launceston Cup if nominated for that race.

Listen to what jockey Craig Newitt had to say about Unoaked’s latest win – CLICK HERE.