Upset win at the Bandbox Final 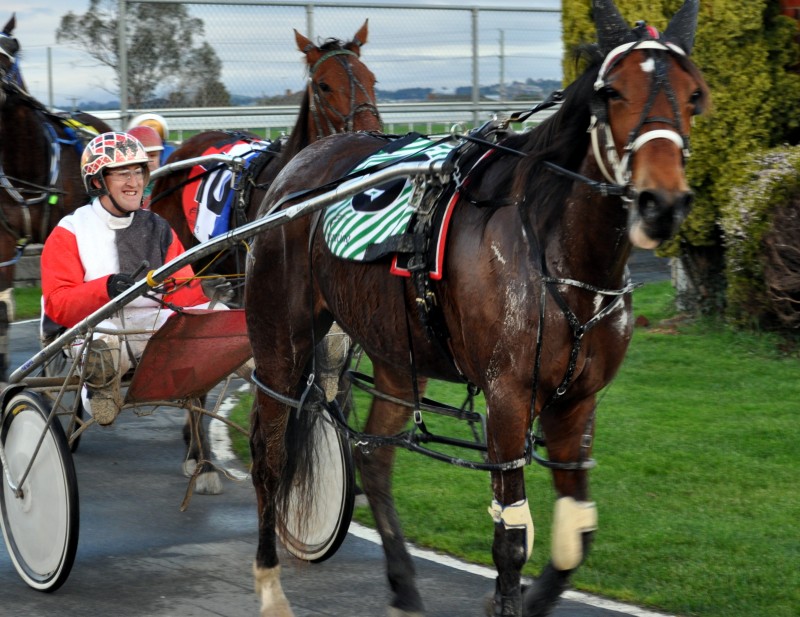 Prominent owner-breeder Doug McKillop enjoyed another feature race win when Miley Rose caused an upset to win the $30,000 Bullock Consulting Bandbox final at Mowbray on Sunday. Miley Rose ($5.80) upset hot favourite Faithful Gabby ($1.50) in a close finish giving young reinsman Duncan Dornauf the biggest win of his career. McKillop races Miley Rose in partnership with his wife Penny and Dornauf’s mother Sonia and the three of them bred the filly.
The filly is trained at Perth by Bill Dornauf who also trained her mother Terrific Lass.

“Terrific Lass won the Evicus Stakes and the Devonport Cup but she has proved difficult to breed from and has missed the last couple of seasons,” McKillop said.
Frustrated at not being able to get Terrific Lass in foal again McKillop recently gave her to a Victorian trainer and breeder hoping for better luck. The owner was quick to praise the drive of Dornauf in the three-year-old feature.

After being first out and leading out of the straight Dornauf was content to take a sit behind Faithful Gabby who had sprinted around the field. Faithful Gabby, driven by Gareth Rattray, went for home as the pair straightened but Dornauf didn’t let her out of his sights and wore her down over the closing stages. They distanced the rest of the field with Itswhatilikeaboutu ($14.60) 20 metres away third and the judge failing to separate Tania Maree and Jane Grant for fourth.