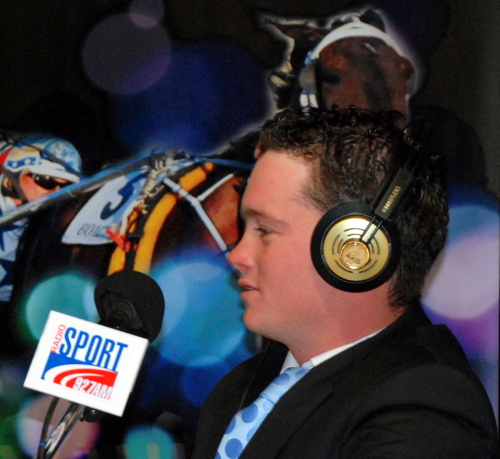 A CROWD of almost 500 took part in the official launch of the V75 Tasmanian Summer harness Carnival at Wrest Point Casino this morning.

The carnival was launched live on Victorian-based radio station Sport 927 that flew in the show’s hosts, Angela Pippos, Michael Christian and Mick McGuane to produce their Prime Time Sports show from the Tasman Room at Wrest Point.

Tasmania’s star reinsman Gareth Rattray was a special guest on the panel show and he delivered a first class performance as well as guiding listeners and everyone in attendance into his special at Devonport on Sunday night in Kings A Coach.

The carnival begins in Devonport on Sunday night with the three feature races being the Devonport City Council Quality (FFA), the Lemonthyme Lodge Leigh Plunkett mare’s race and the 4YO Collins Realty Gold Label.

The second leg will be held at The TOTE Racing Centre in Launceston On December 20 with the two-week carnival concluding in Hobart on December 27 with the Group 1 Wrest Point Tasmania Cup, the jewel in the carnival’s crown, the highlight.

Almost $500,000 in prize money will be distributed over the three meetings.