Valiant Warrior lives up to his name 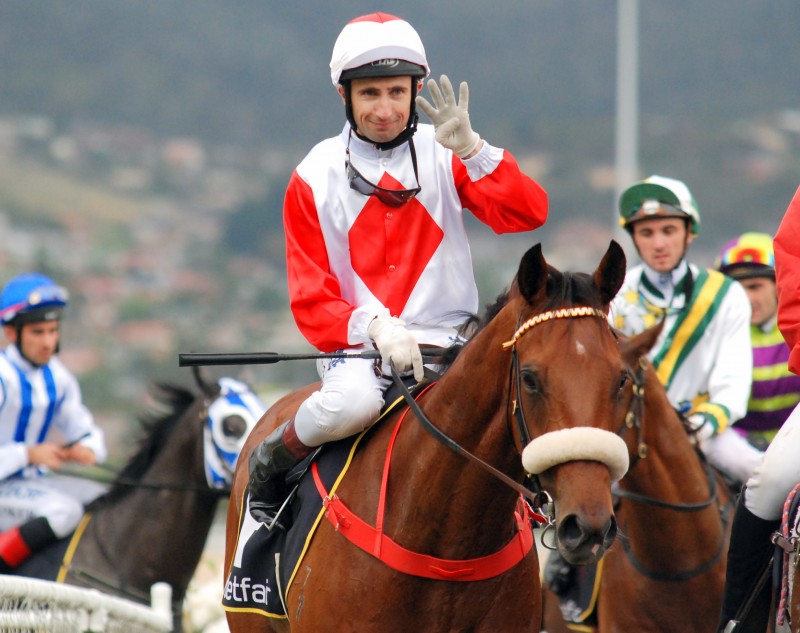 WHEN prominent thoroughbred owner Wayne Roser reached the stage of naming a yearling he purchased at the Tasmanian Magic Millions Yearling Sale last year he was hoping the youngster by West Quest would live up to his moniker.

He named the yearling Valiant Warrior after his grandson Christopher who was born premature and who fought valiantly to survive but in the end lost his quest for life.

At Tattersall’s Park in Hobart on Sunday Valiant Warrior showed all the courage that both Roser and the gelding’s trainer Adam Trinder were seeking to win the Tony Carrick 3YO Vase over 1100 metres.

Roser was understandably very emotional after the win when asked to reveal how the horse was named.

“My grandson Christopher was born premature but after countless operations he died,” Roser said as he tried valiantly to hold back the tears.

“We had this horse by then so I wanted to name him in my grandson’s honour and it looks like we chose the right horse,” he said.

Jockey Anthony Darmanin was elated with the gelding’s effort.

“He is such a bulldog – he is courage personified,” Darmanin said.

It was only a small field but every one of seven runners had form good enough to lay claim to winning the $30,000 feature.

But it was Roser’s potential superstar that emerged triumphant with an all-the-way win that will most likely see him start one of the favourites to win the prestigious 3YO Cup in Launceston in just over a fortnight.

Trinder was elated and clearly buoyed by the performance of the gelding that remains unbeaten from four starts.

“This was no doubt his best win because he had to do it at both ends of the race,” Trinder said.

“He was eye-balled by Concrete Johnny to the turn but that probably played into his hands a bit because he is horse that is very competitive and likes a fight.”

“He had a really good kick on the corner and finished it off like a real professional,” he said.

Some of the jockeys were declaring the rails to be “off” and not the place to be in the home straight but Trinder wasn’t convinced so he walked the track twice before Valiant Warrior’s race and disagreed with the assessment.

“I didn’t agree with the riders’ interpretation, so I told Anthony (Darmanin) to stay on the fence if he was able to lead but if he couldn’t lead that he would be obligated to go where the remainder of the field goes,” Trinder said.

“But it all panned out well and now we can go forward to the 3YO Cup in 17 days time with a bit more confidence than we had before today’s assignment,” he said.

Trinder originally planned to aim Valiant Warrior at the Tasmanian 3YO Magic Millions Classic in February but should he win the 3YO Cup on December 17 he might be weighted out of the Magic Millions event.

“If her wins the 3YO Cup he could potentially run his rating to a situation where he could be weighted out of the Magic Millions race so we need to be mindful of that and have a plan B.”

“I will have a look at Melbourne and maybe try and find a suitable race at Moonee Valley a couple of weeks after the 3YO Cup because that track would suit him.”

“But our plan to give him a freshen-up and take him to Adelaide (SA) for the Magic Millions over there is still a consideration,” he said.